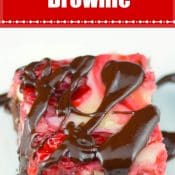 OMG!  But wait.  There’s more!  A chocolate ganache is drizzled over the cheesecake brownie to take this dessert over the top. It tastes amazing! 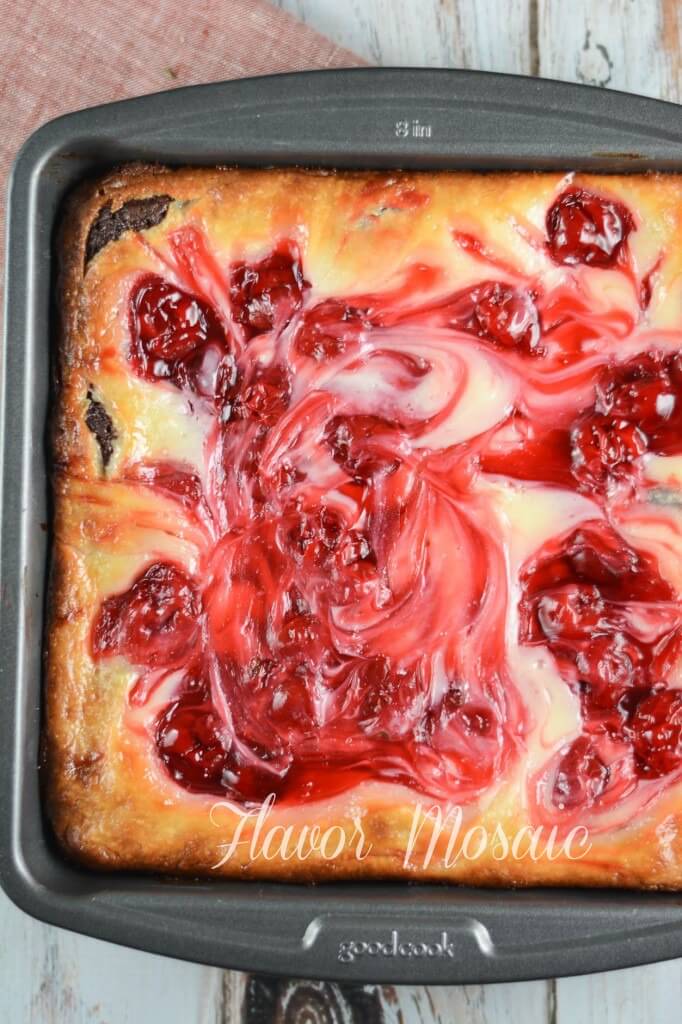 The hardest part about making these cherry cheesecake brownies is waiting for them to chill after you bake them.  I had to hide them from Mr. Flavor Mosaic so he would not eat them before I took the photos.  It took great restraint on my part as well to resist them until the photos were taken. 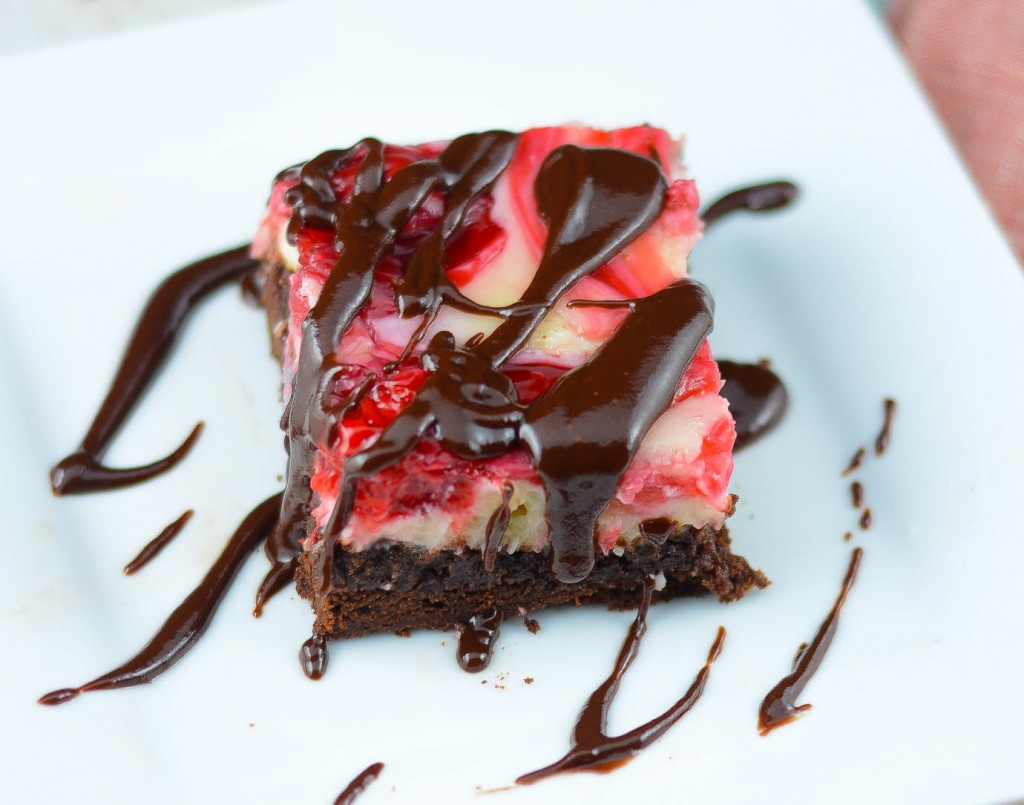 These cherry cheesecake brownies are perfect if you want to impress that special someone, or have a date night planned, or for Valentine’s Day.   They are so fabulous I wouldn’t be surprised if you received a marriage proposal if you made them.  No promises, but it’s possible. 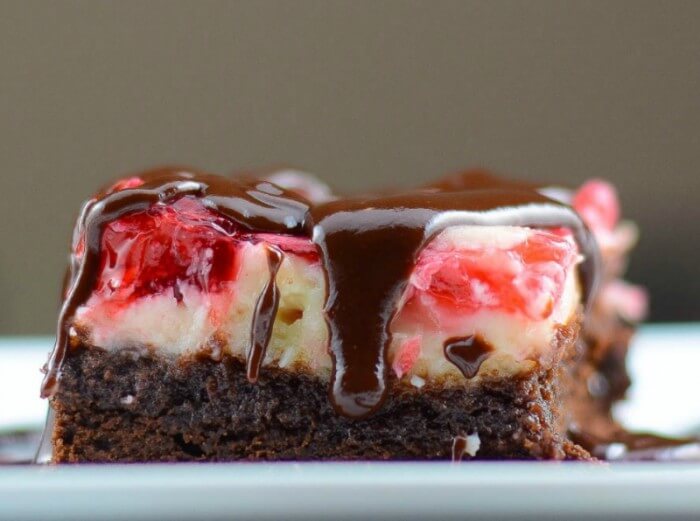 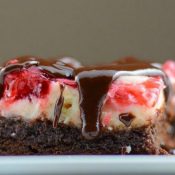 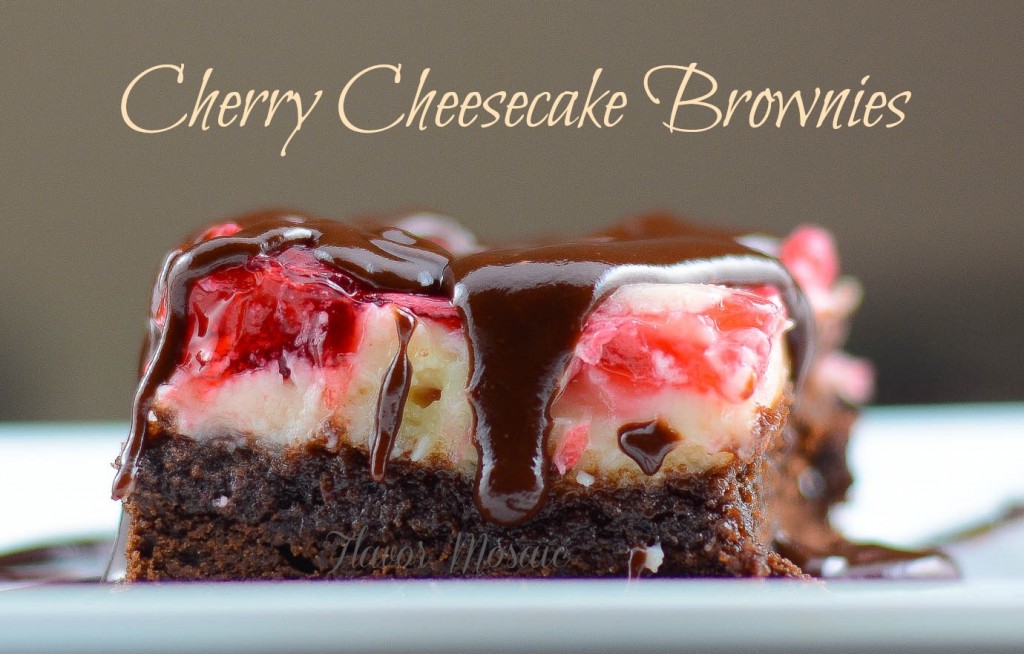 This recipe was inspired by Cherry Bliss Brownies on AllRecipes.com.

For another cherry recipe, check out Cherry Pineapple Dump Cake. 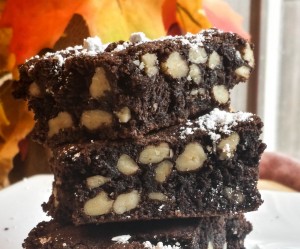 Another recipe you may like is the Pumpkin Magic Bars. 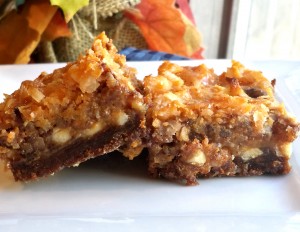 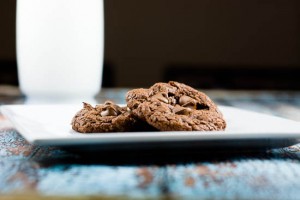 This post may be included in one of these fantastic link parties and The Weekend Potluck #107.
If you like this recipe, subscribe via email and have them delivered directly to your inbox.

For more over the top, fudgy, chocolatey brownies, try these Oreo Overload Brownies by Anyonita Nibbles.