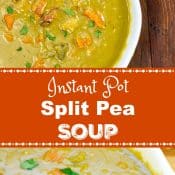 A bowl of Instant Pot Split Pea Soup is humble, cozy, and comforting with its smokiness from the bacon or ham bone (ham hock) and its richness from the thick pea soup. It is a big hug in a bowl. And the best part is that it can be ready in half the time by making it in an Instant Pot! 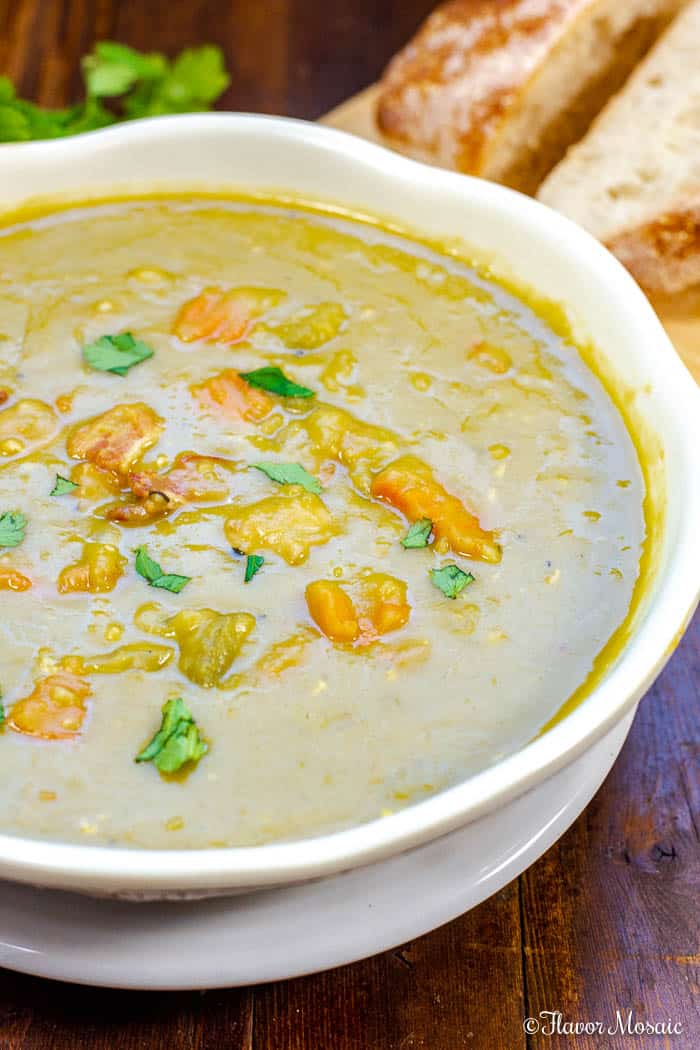 With this cold winter I have been making several Instant Pot Soup Recipes and this Instant Pot Split Pea Soup is one of my favorites!

I can’t think of anything more comforting on a cold night than a big bowl of split pea soup, especially if it is made with a big, meaty ham bone or ham hock. It is a perfect soup to make the day after a holiday dinner when you served ham because you can use that ham bone in the split pea soup.

What If I Don’t Have A Ham Bone For The Split Pea Soup?

However, I love split pea soup with or without the hambone. It is so versatile that it can be made in a meatless or vegetarian version, or, if you don’t have a ham bone or ham hock, make it with bacon, which is what I have done here.

In reality, how often are you going to have a ham bone to use in the soup? Most likely, not often, except after holidays or big gatherings. During other times when you don’t have a ham bone, I recommend using bacon instead. Why? Because it can still impart that smoky flavor into the soup, and you are more likely to have bacon on hand than a ham bone.

My first choice would be to use the ham bone or ham hock. However, it can still be delicious with bacon, or without either ham or bacon, in a vegetarian version.

What Do I Need To Make Instant Pot Split Pea Soup?

First of all, gather all your ingredients. I recommend doing this right at the beginning to ensure that you have everything you need to make this Instant Pot Split Pea Soup and save yourself an extra trip to the store. For the specific amounts of each ingredient, scroll down to the bottom of the post for the printable recipe card.

How Do I Make Instant Pot Split Pea Soup? 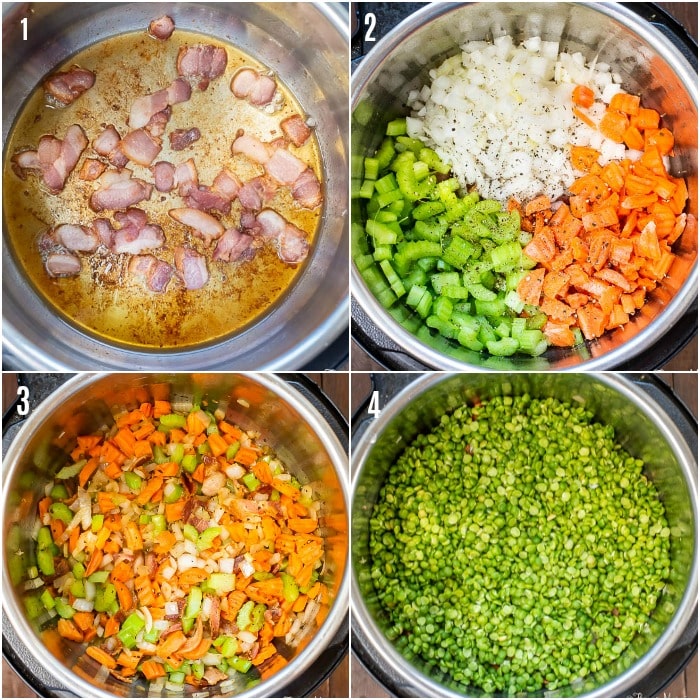 I think you will be pleasantly surprised at how easy it is to make this Instant Pot Split Pea Soup. It is even easier to make with the Instant Pot since takes only half the time to cook.

The photo above shows the first four steps in making the Instant Pot Split Pea Soup.

Step 1. Cook the pieces of bacon in the Instant Pot.

Step 2. After the bacon is cooked, add the chopped onions, carrots, celery, and minced garlic. Add the salt, pepper, and dried thyme.

Step 3. Stir the vegetables while they are cooking to ensure even cooking. 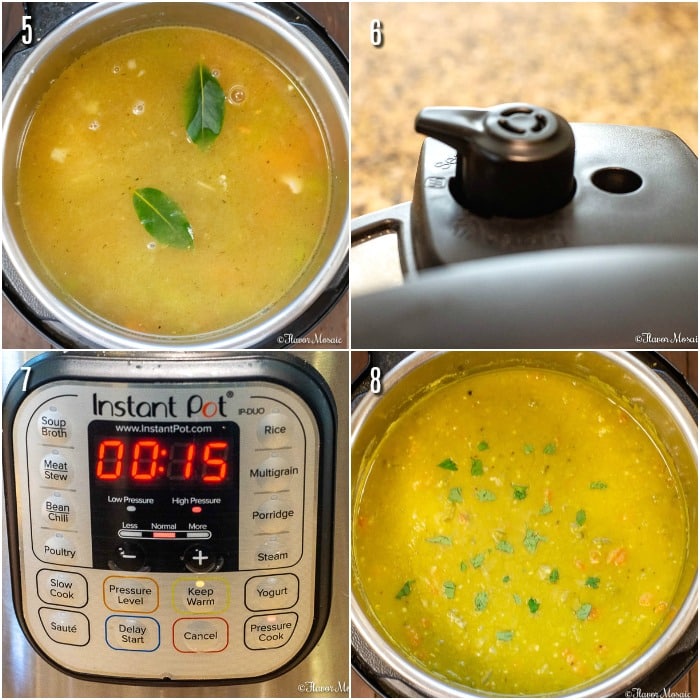 The photo above shows steps 5 – 8 for How To Make Instant Pot Split Pea Soup.

Step 6. Close the lid. Move the seal to the “Sealing” position.

Step 7. Press “Pressure Cook” and set the Pressure level to High Pressure, and change the time to 15 minutes.

Step 8. Let the pressure release naturally. Then after about 10 minutes or more, do a quick release. 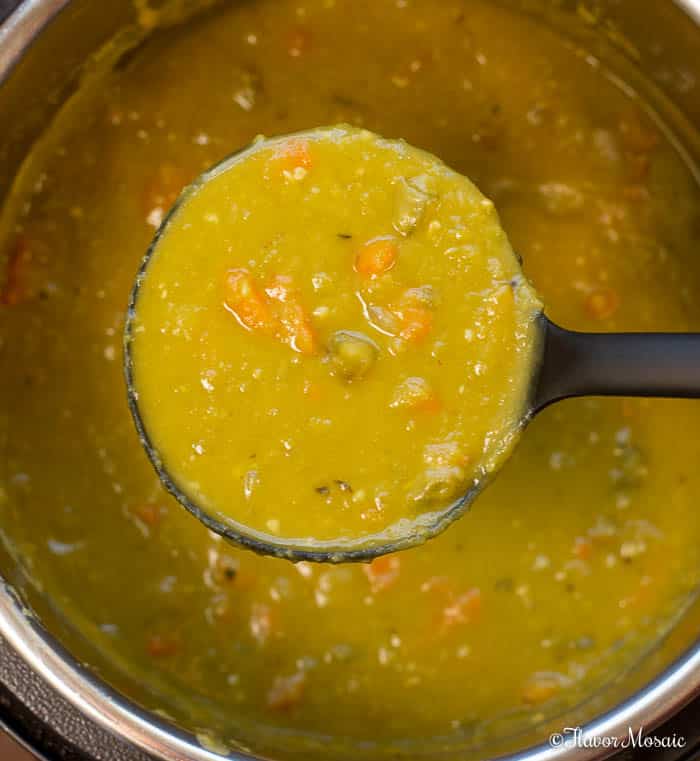 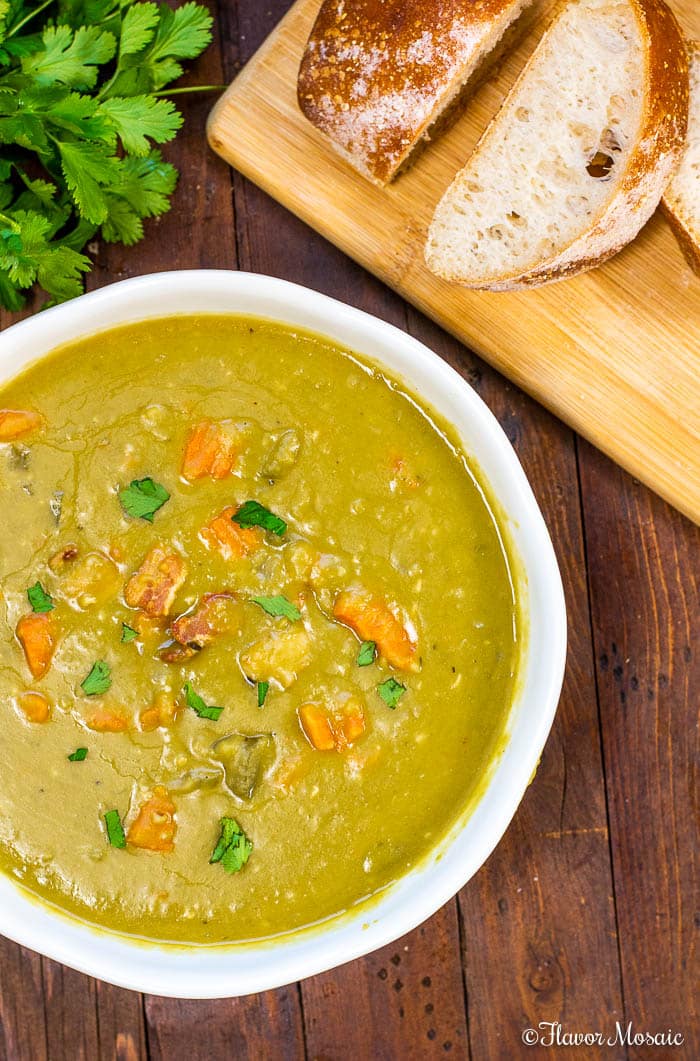 What Do I Serve With Instant Pot Split Pea Soup?

Can I Freeze Split Pea Soup?

What Other Soups Can I Make In An Instant Pot? 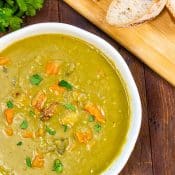 US Customary - Metric
Prevent your screen from going dark 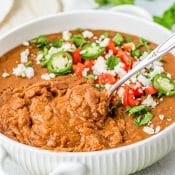 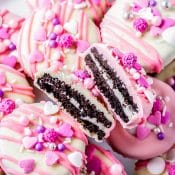 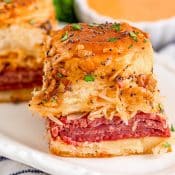 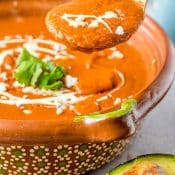