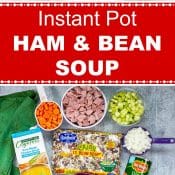 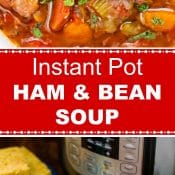 Instant Pot Ham and Bean Soup is a delicious, hearty, budget-friendly soup made with a ham bone or ham hock, or chopped ham, and dried beans (no soaking required) with lots of seasonings in your pressure cooker. 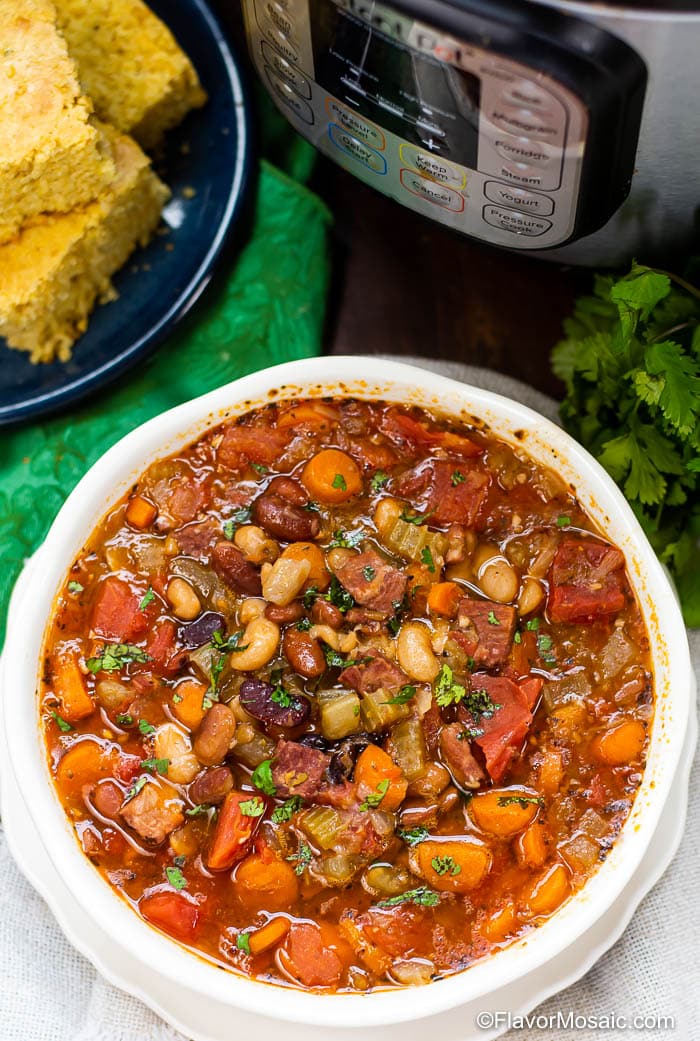 What is great about Ham and Bean Soup?

There is no better comfort food than Ham and Bean Soup, and like my other  Instant Pot Recipes, such as  Instant Pot Ham Green Beans And Potatoes, Instant Pot Taco Soup and Instant pot Chicken And Wild Rice Soup, this pressure cooker soup is a great way to use up leftovers and transform them into a hearty, delicious soup that can be made easily in the Instant Pot.

This soup is especially great after holidays, such as Easter, Thanksgiving, or Christmas, because you can use a leftover ham bone or ham hock from my Crock Pot Brown Sugar Pineapple Ham or my Peach Glazed Spiral Ham recipe, for example, or just use up a couple of cups of chopped ham.

Why Make This Recipe?

What makes this soup recipe unique are the seasonings. Most ham and bean soups offer minimal seasonings and let the ham and beans and maybe the onions provide most of the flavor.

This Instant Pot Ham and Bean Soup bursts with flavor not only from the ham, beans, onions, and garlic, but from the chicken broth, Cajun seasonings, and Italian Seasonings, in addition to the salt and pepper, that really take this over soup over the top. No one will ever call this soup bland.

Furthermore, making this Ham and Bean Soup in the Instant Pot or pressure cooker makes it so easy. It is a one-pot meal that is, for the most part, a set-it and forget-it type of recipe. Dump all the ingredients in the Instant Pot and in an hour, which is a fraction of the time it would take to make in a slow cooker, your soup is ready. 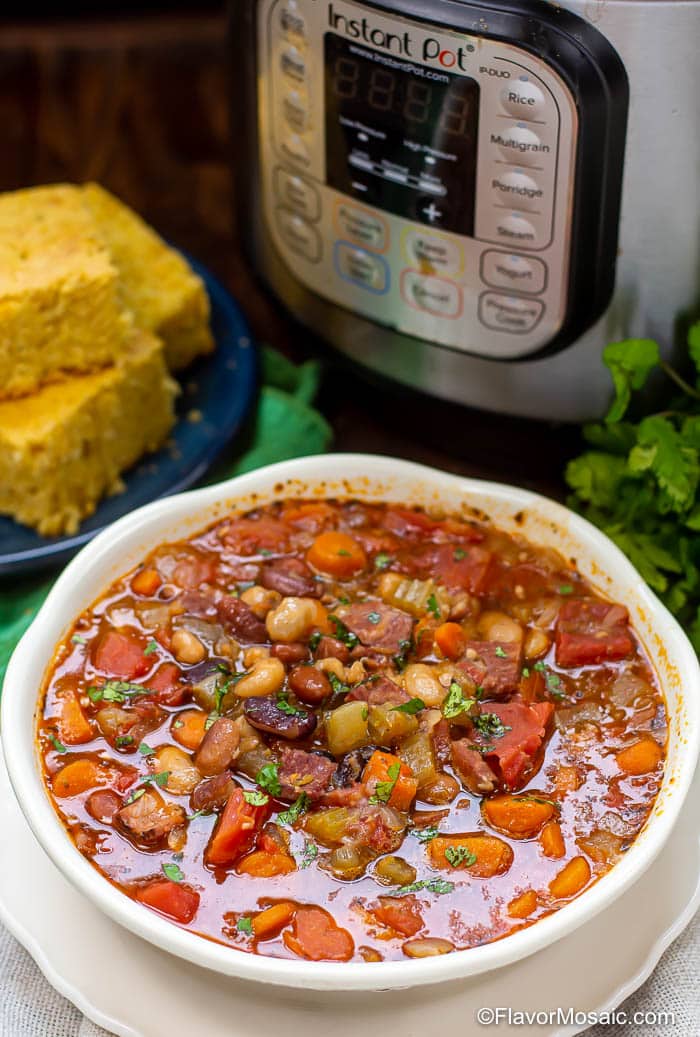 What Do I Need To Make Instant Pot Ham and Bean Soup? 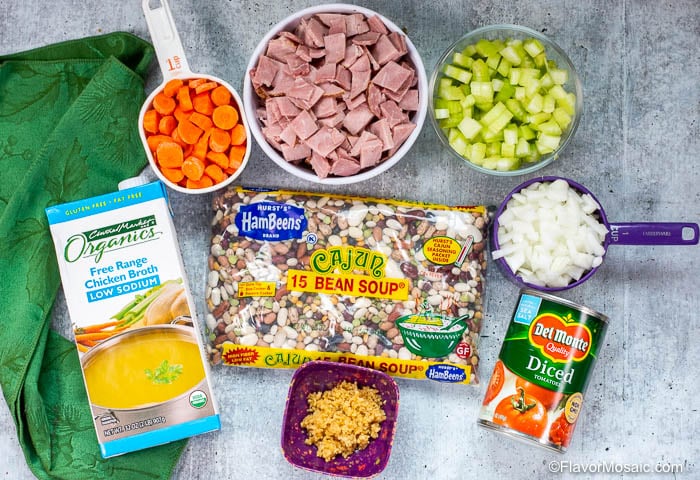 How Do I Make Instant Pot Ham and Bean Soup?

This soup is really easy to make, especially in your Instant Pot or pressure cooker. Follow the steps below and see the step-by-step photos below the instructions to visualize how it will appear with each step. 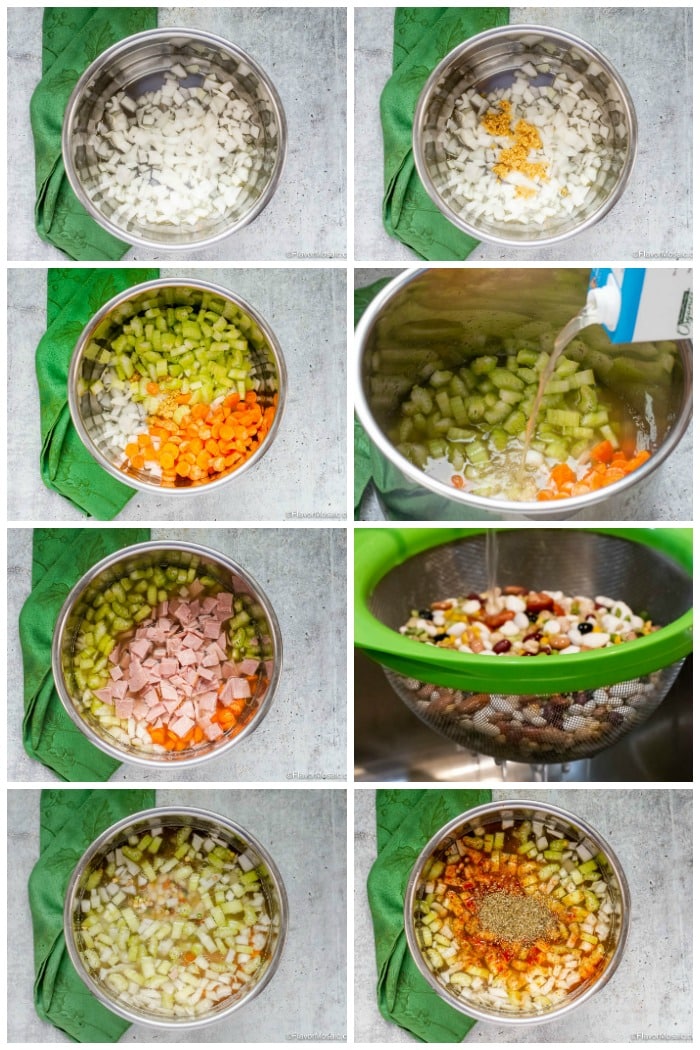 Tips and Tricks For Ham and Bean Soup

Why Add Tomatoes After Pressure Cooking?

How To Thicken Ham and Bean Soup? 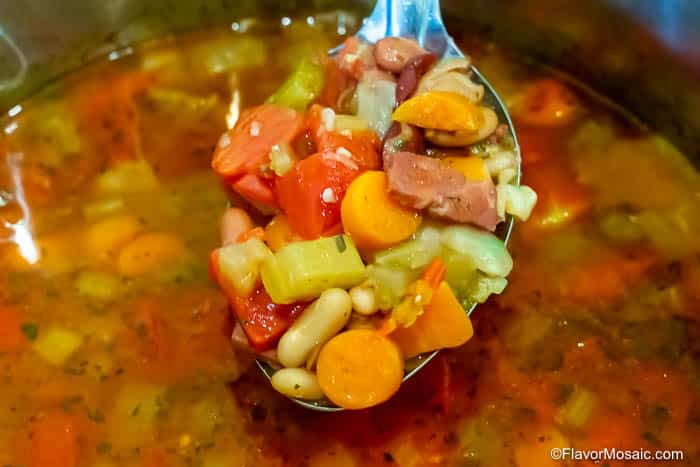 What To Serve With Ham and Bean Soup? 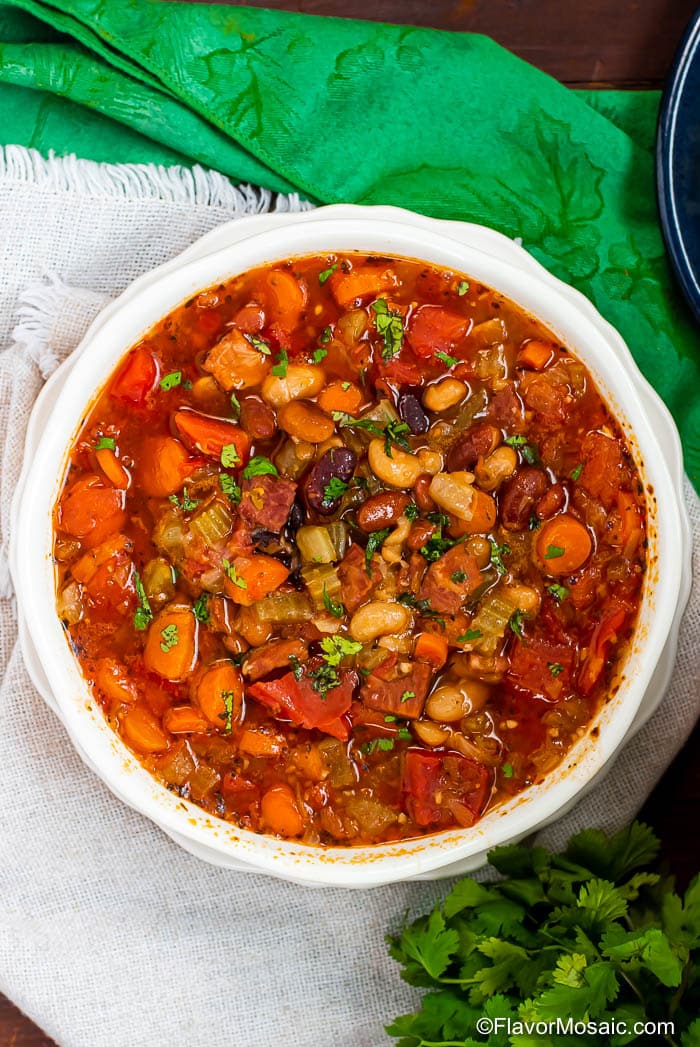 Other Recipes To Use Leftover Ham 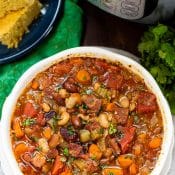