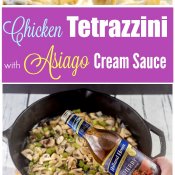 This incredibly delicious Chicken Tetrazzini with Asiago Cream Sauce makes an awesome casserole with chicken (or turkey) and linguine (or spaghetti) pasta, which is easy to make and is a real crowd-pleaser. It is a great recipe to use up leftover chicken or turkey after a holiday or any day. 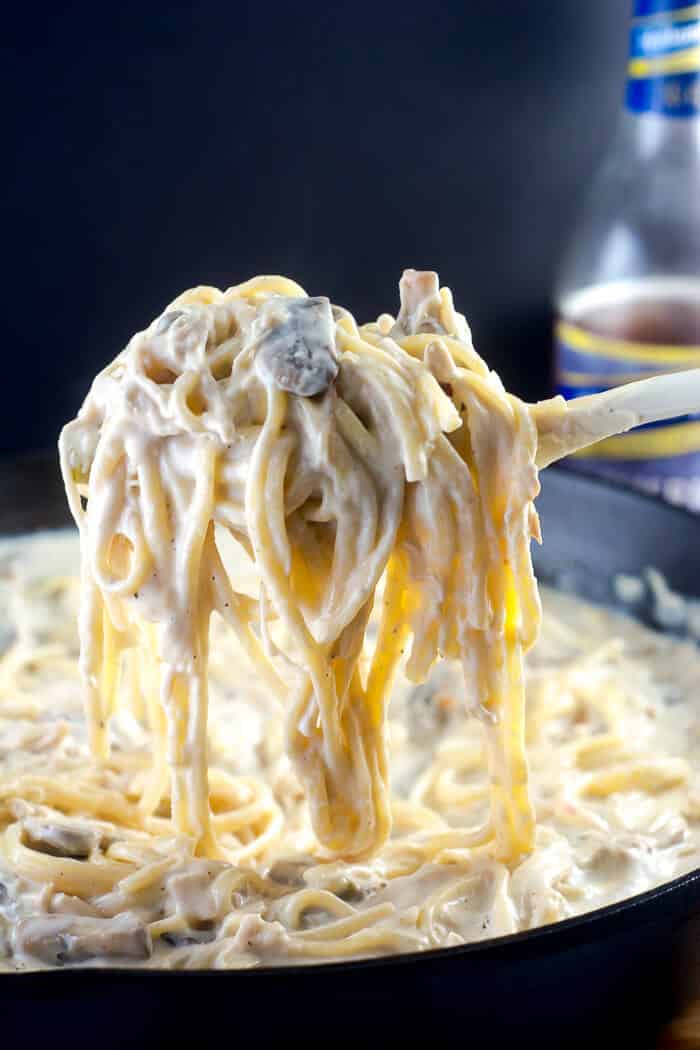 Chicken and pasta are two of my favorite foods as you can tell by several of my recipes, such as Chicken Spinach Spaghetti, Cheesy Chicken Skillet Pasta, Buffalo Chicken Stuffed Shells, and Cheesy Chicken Bacon Ranch Pasta. Add in cream and asiago cheese, and I’m hooked! There is something warm and comforting about a creamy cheesy chicken and pasta dish. Of course, it is out of this world delicious. This Chicken Tetrazzini recipe is always a hit with everyone whenever I make it. I can just about guarantee that if you make it, there will be no leftovers.

It is an Italian inspired recipe, and as you know I love Italian food like my Best Chicken Parmesan Recipe and my Chicken Piccata recipe. 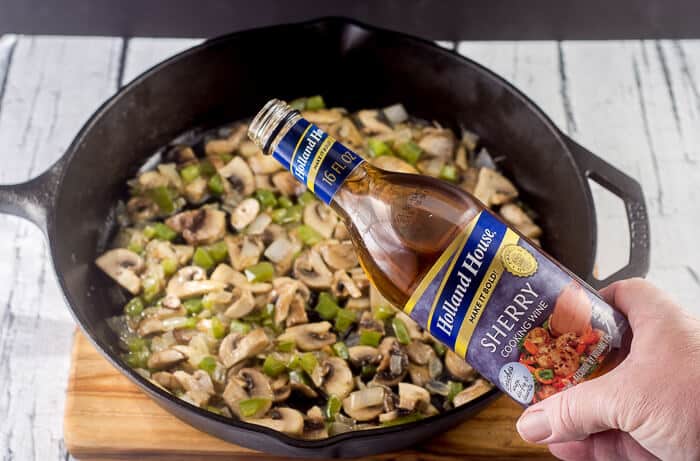 Another reason I love this particular Chicken Tetrazzini recipe is that it is, for the most part, a one-pot meal, or I guess in this case, a one-skillet meal. I do boil the pasta in a separate pan, but that is it. Everything else is made in the skillet starting with the vegetables, which in this case, include chopped onions, bell peppers, and mushrooms. To add a tremendous amount of delicious flavor, I use Sherry Cooking wine. When combined with the asiago and parmesan cheeses, it has a flavor unique to Chicken Tetrazzini. However, if you prefer, you could substitute chicken broth for the Sherry Cooking Wine, and it will still be delicious, but the flavor will not be the same as when the sherry is used. 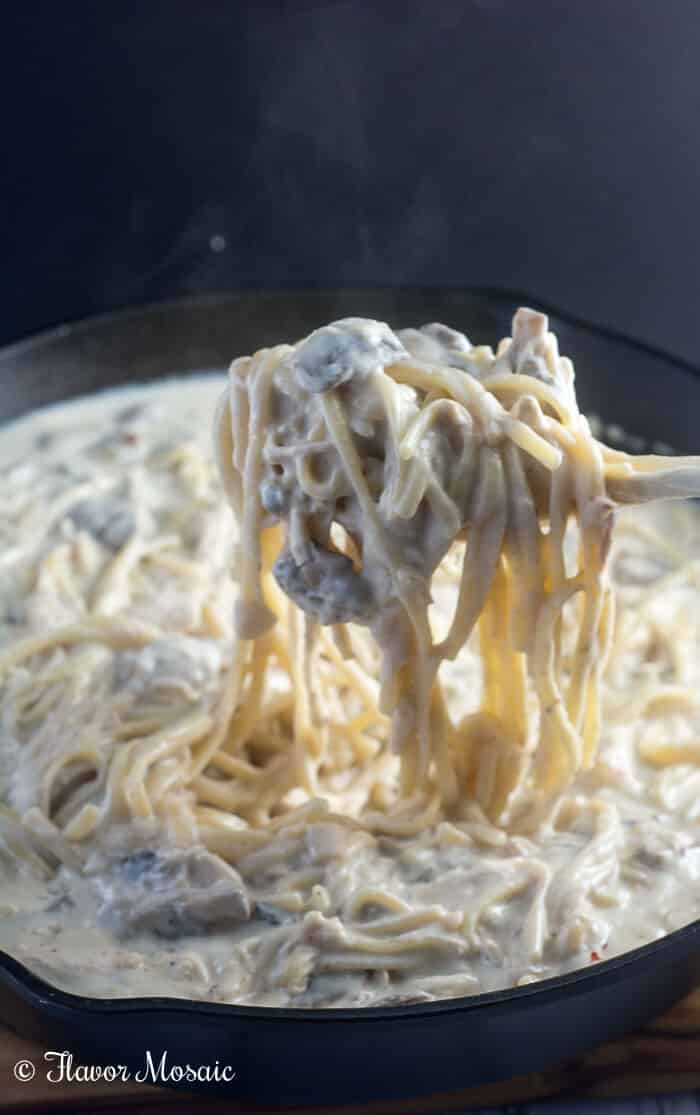 If you use an oven-safe skillet or cast iron skillet, this dish can go from on top of the stove to the oven.  In my opinion, the oven is really not needed unless you want to add a crunchy crust of bread crumbs. We liked it so much without the bread crumb topping, we ate it without it. But that is up to you if you want the crunchy bread crumb topping or not. 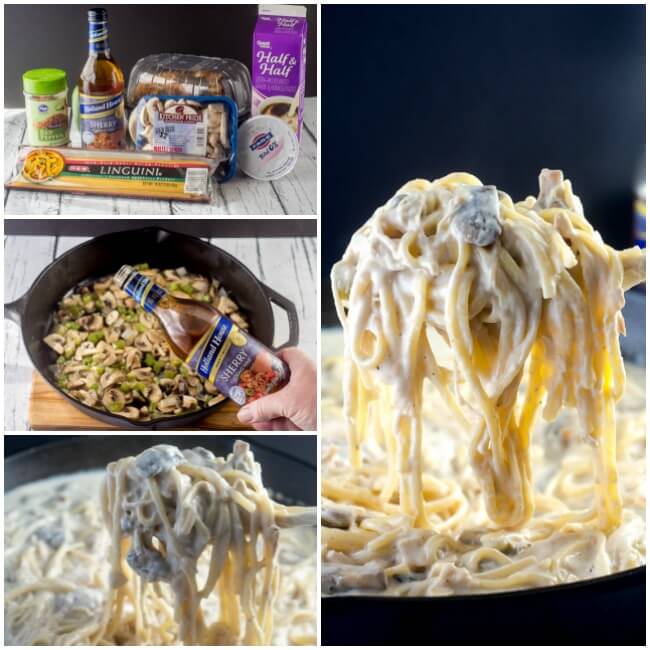 Now it is your turn to make it. Let me know in the comments if you prefer your Chicken Tetrazzini with the crunchy bread crumb topping or with just the creamy cheesy Asiago cream sauce. 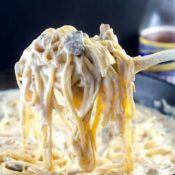 Print Pin Save Saved!
5 from 3 votes

This incredibly delicious Chicken Tetrazzini with Asiago Cream Sauce with chicken (or turkey) and linguine (or spaghetti) pasta, is easy to make and is a real crowd-pleaser. It is a great recipe to use up leftover chicken or turkey after a holiday or any day.
Course Main Dishes
Cuisine American, Italian
Keyword Chicken Tetrazzini, Tetrazzini, Turkey Tetrazzini
Prep Time 10 minutes
Cook Time 40 minutes
Total Time 50 minutes
Servings 8
Calories 608kcal
Author Michele @ Flavor Mosaic 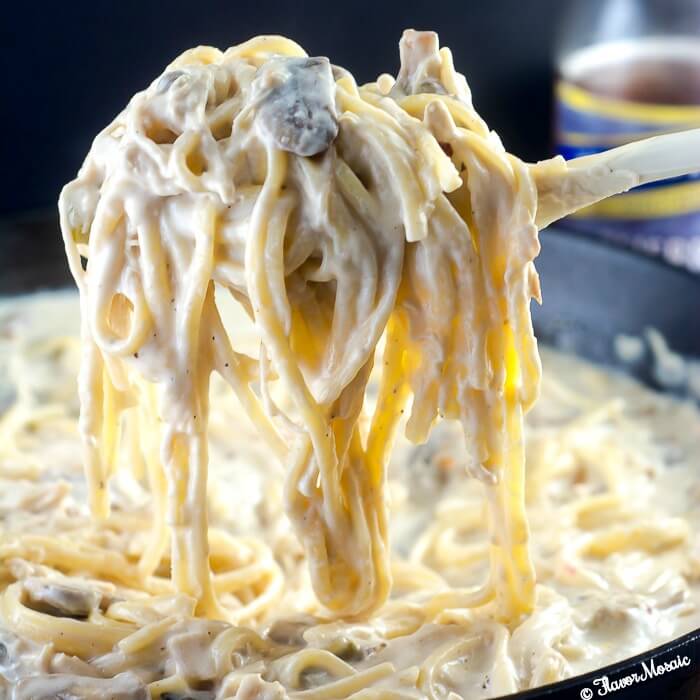 If you like this Chicken Tetrazzini with Asiago Cream Sauce, be sure to check out my other Chicken and Pasta recipes to see recipes like these. 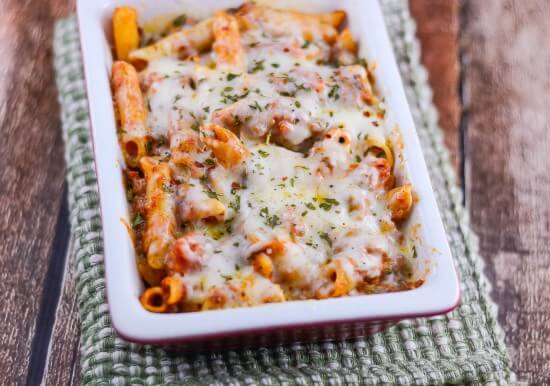 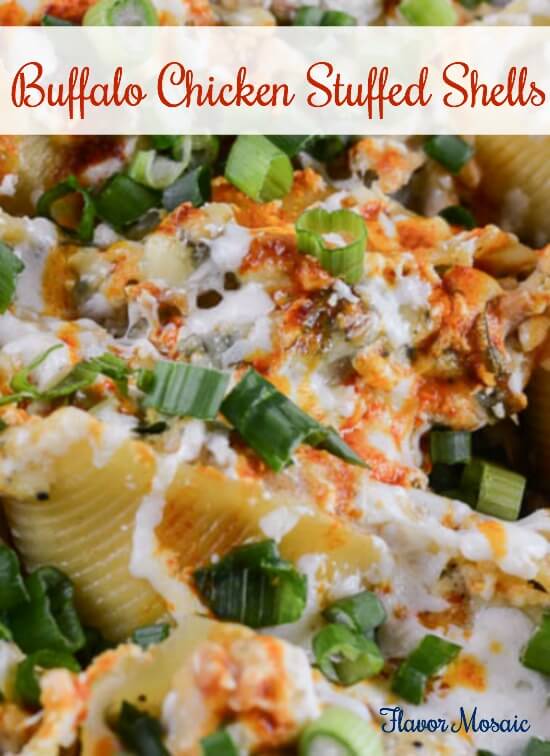