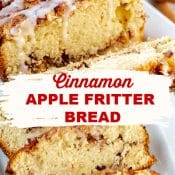 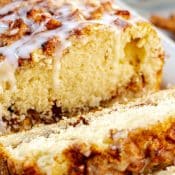 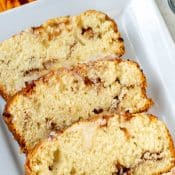 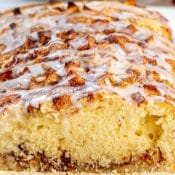 Apple Cinnamon White Cake, or Apple Fritter Bread, is a luscious apple loaf cake with a sweet vanilla glaze.  It tastes like an apple fritter but in a quick bread form.

If I had to pick one (1) recipe that epitomizes the Fall season probably more than any other of the Fall Recipes, it would be this Apple Fritter Bread recipe. It is loaded with chopped apples, brown sugar, and cinnamon, and is sweet and delicious. 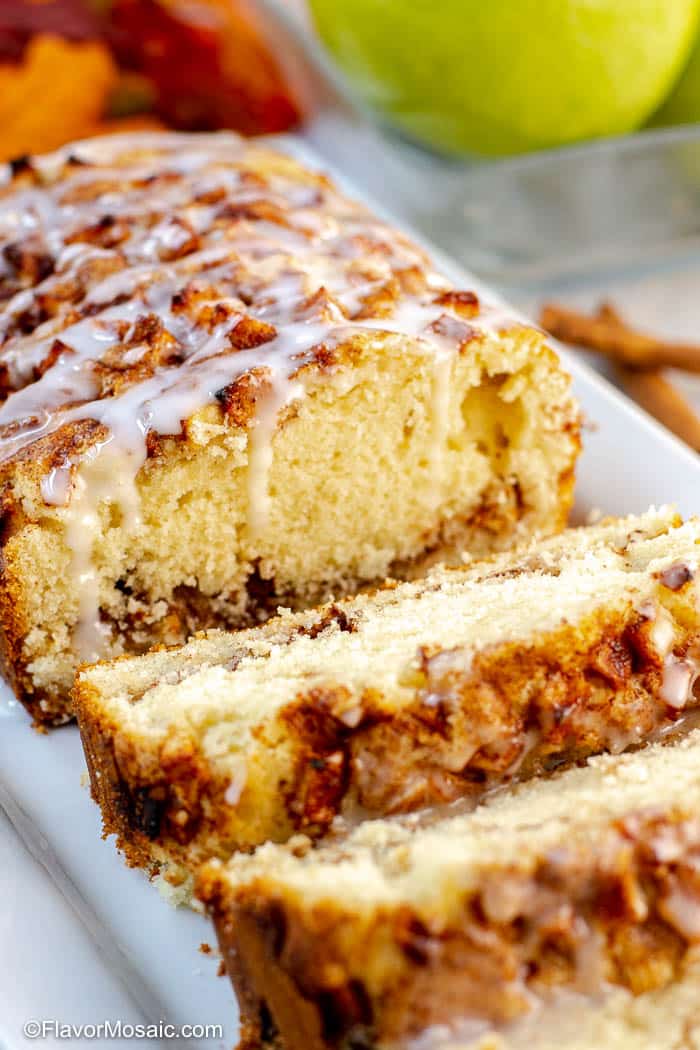 What Is Apple Fritter Bread

Apple Fritter Bread, or Apple Cinnamon White Cake, is a quick bread, or loaf cake, that has a swirl of diced apples, brown sugar, and cinnamon throughout the center of the cake. It is probably my favorite of all the Apple Dessert Recipes!

It really does taste like an apple fritter but in the form of a cake. Anytime you combine apples, brown sugar, and cinnamon you know it is going to be good!

Why This Recipe Works 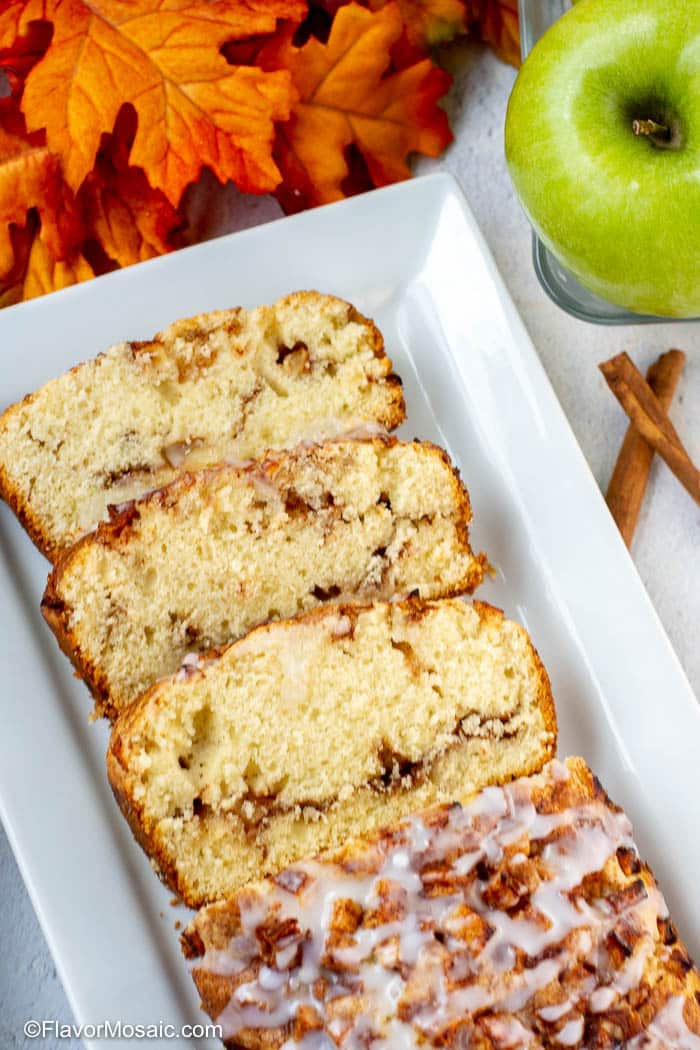 The first time I made this recipe I used a natural sugar substitute called Whey Low. It worked very well in this recipe and is a good option if you are looking for an alternative to sugar. 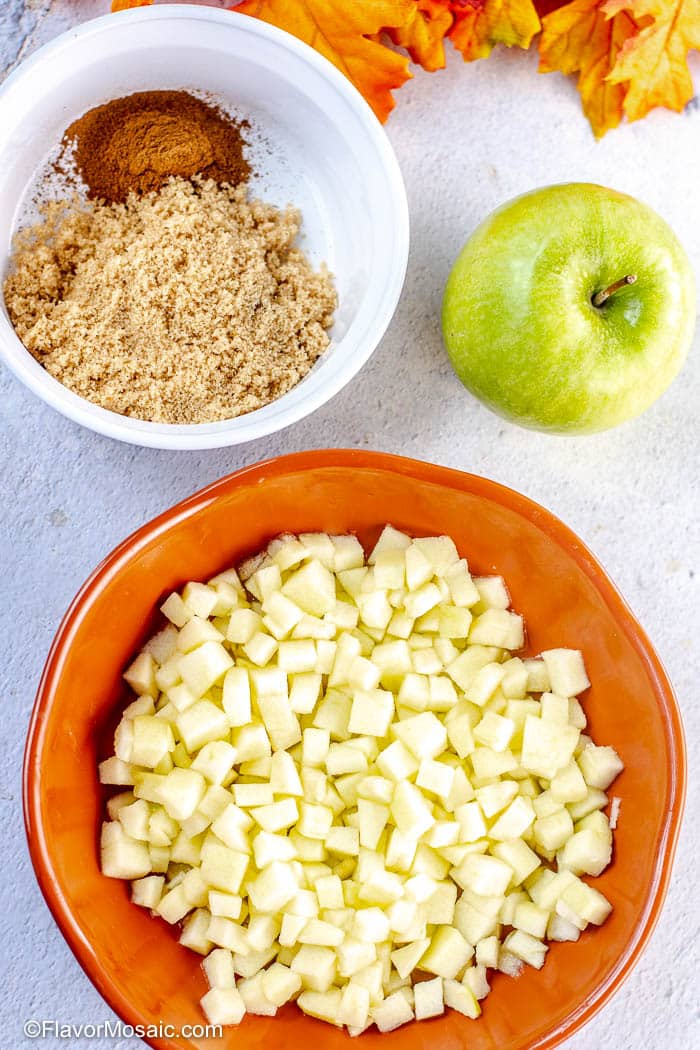 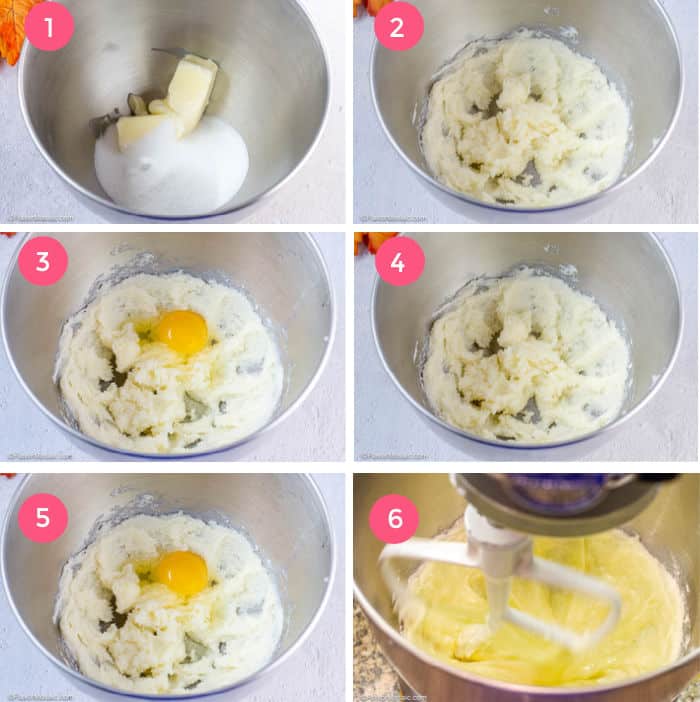 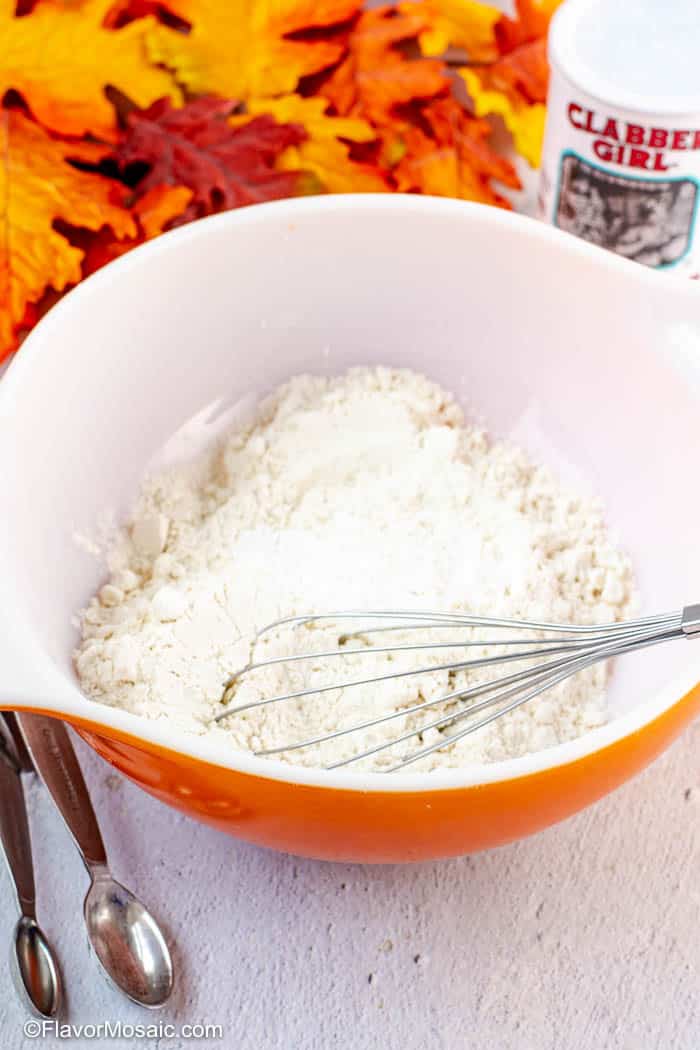 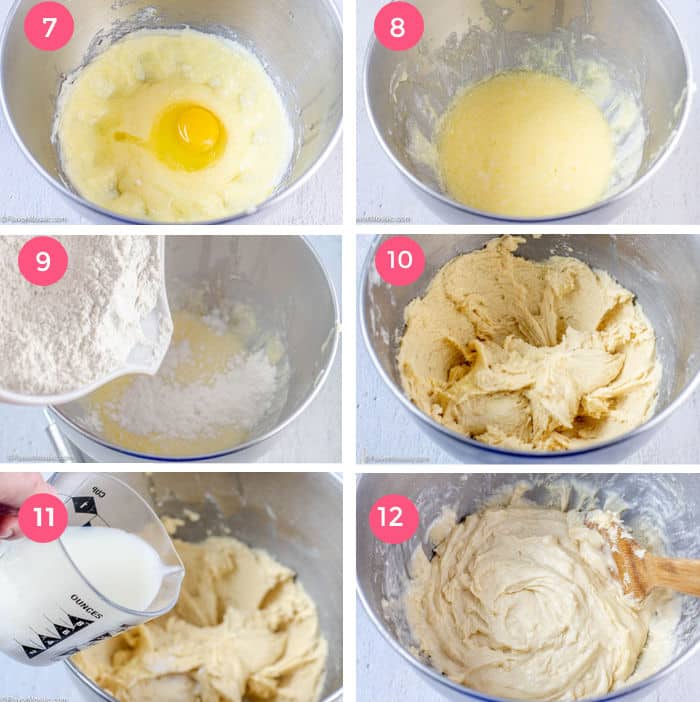 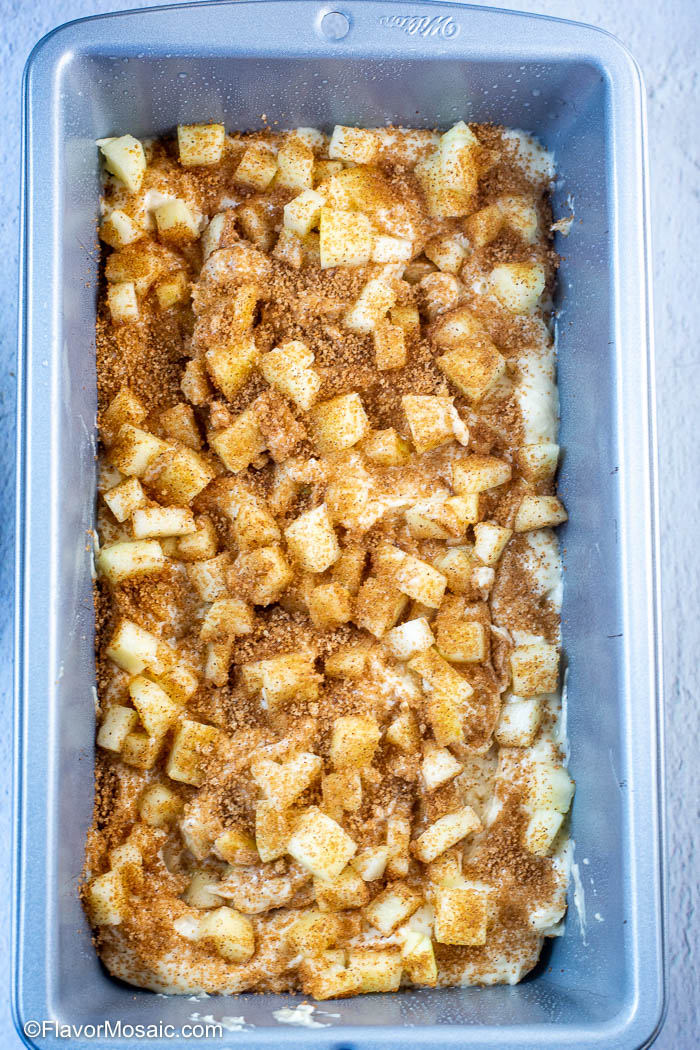 What Type of Apples To Use

I used Granny Smith apples, and like to use them in baking cakes, etc. because they don’t turn mushy have provide a nice balance of sweet and tart. However, you can use other apples as well. Here are a few types below. 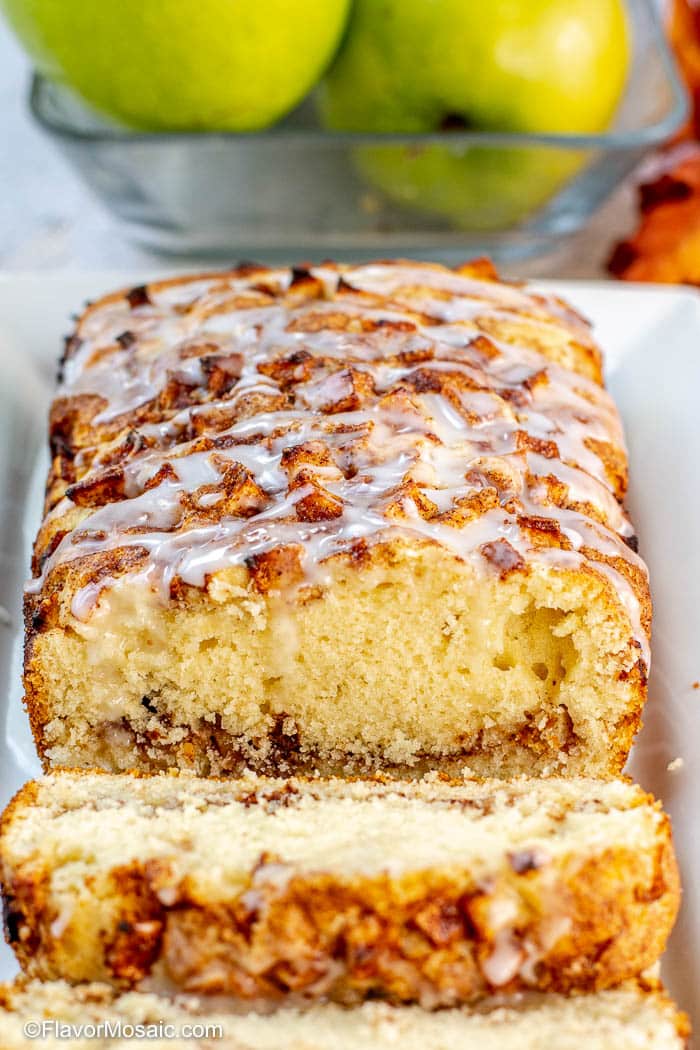 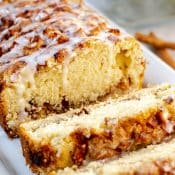