Disclosure: This post was made possible by Newcreativewriting.com, and I received compensation in the form of goods and services, but all opinions are 100 percent my own.

San Antonio makes a great family Weekend Getaway to see some historical missions, stroll down the beautiful Riverwalk, eat some Tex-Mex food, shop till you drop, and head to the best waterparks in this part of the country! 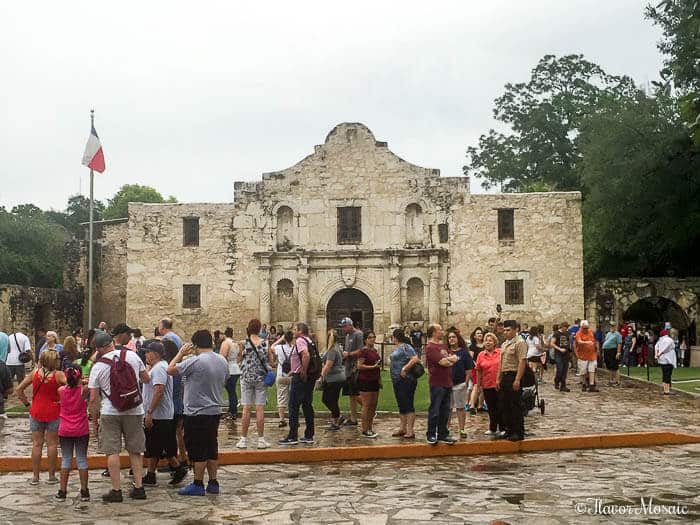 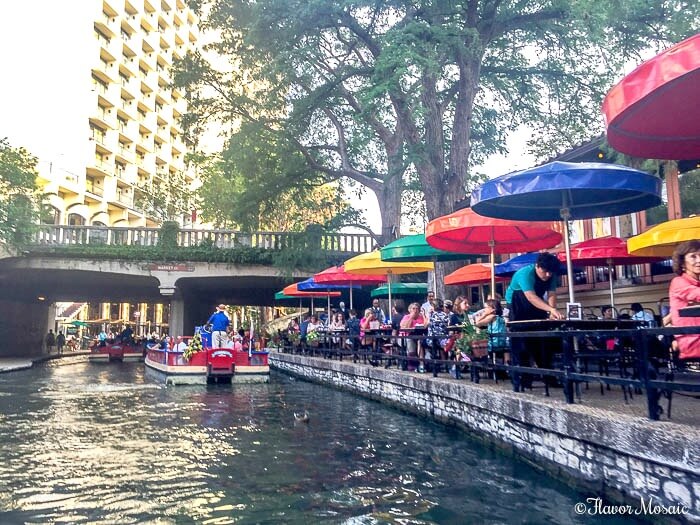 A River Runs Through It!

The San Antonio River runs through the center of downtown San Antonio. The Riverwalk started as a flood control project but grew into a beautiful and fun Riverwalk with shops, hotels, and sidewalk cafes along 15 miles of the river. There is so much to do that that you could never leave the riverwalk all weekend and still not have time to see everything it has to offer. 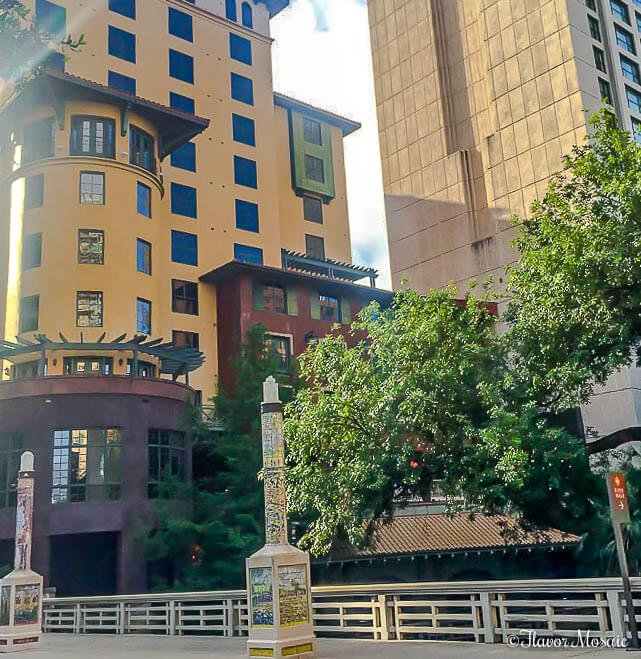 And now I Lay Me Down To Rest!

After all the sightseeing, shopping and eating you will need a place to stay. I highly recommend staying at a hotel on the Riverwalk so you can just walk downstairs onto the Riverwalk. If you spend all your weekend downtown, your car will likely not move all weekend. If you fly into town you would not need a rental car if you stay downtown and focus your activities downtown.

I like the beautifully charming Boutique Hotel Valencia Riverwalk because it is right on the Riverwalk and has oodles of charm and character. There is nothing cookie-cutter about it. The location is fantastic because it is right on the Riverwalk within walking distance of numerous attractions, yet it is far enough away from the larger crowds and noise that you can enjoy a peaceful night’s sleep without any distractions. 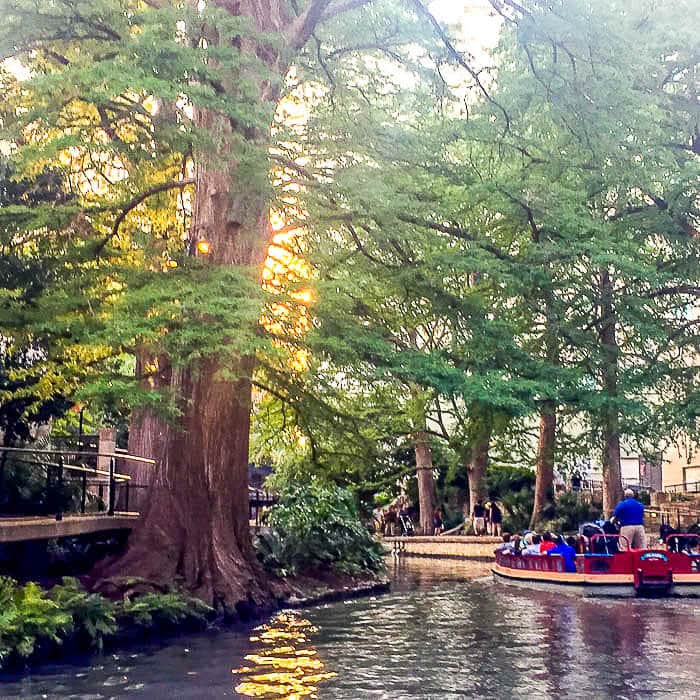 Downtown – Everything’s Waiting For You!

In a way, it is difficult to give recommendations on things to do in downtown San Antonio because there are just so many to choose from.

I already told you about the Alamo, but did you know that San Antonio has four other missions?  You can follow the Mission Trail to get to them.

We need to shop all the time. At the RiverCenter Mall, you have all the shopping you can want with major department stores, such as Macy’s and many other smaller stores. It also includes high-end restaurants like Mortons Steakhouse and Fogo De Chao (Brazilian Steakhouse), all the way to fast food places typically found in malls. 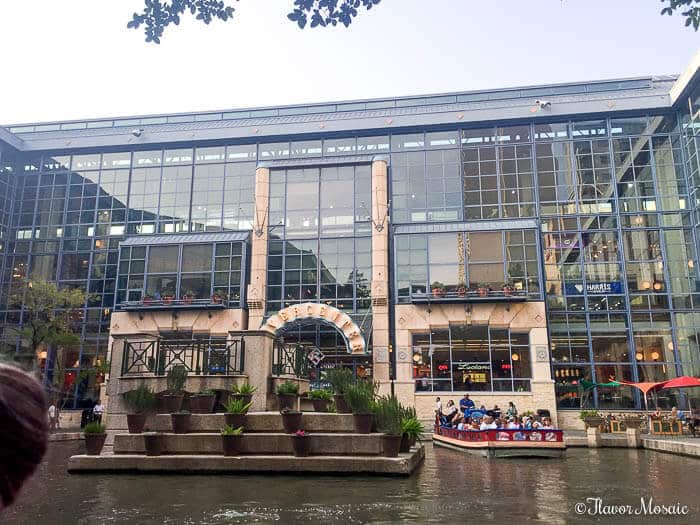 You can cruise the San Antonio River, including through the Rivercenter Mall on of Rio San Antonio Cruises River cruise. It is a fun, relaxing way to see the sights along the main part of the Riverwalk and you can get lots of opportunities to take some great photos.

La Villita Historic Arts District south of the Riverwalk in downtown San houses south of the Riverwalk in downtown San Antonio was originally settled nearly 300 years ago as one of the city’s first neighborhoods.  Today, nearly 30 shops and galleries that offer handcrafted items by artists from San Antonio and surrounding areas. It also has restaurants ranging from traditional Mexican flavors to the Little Rhein Steakhouse overlooking the Riverwalk, which is shown in the photo below. 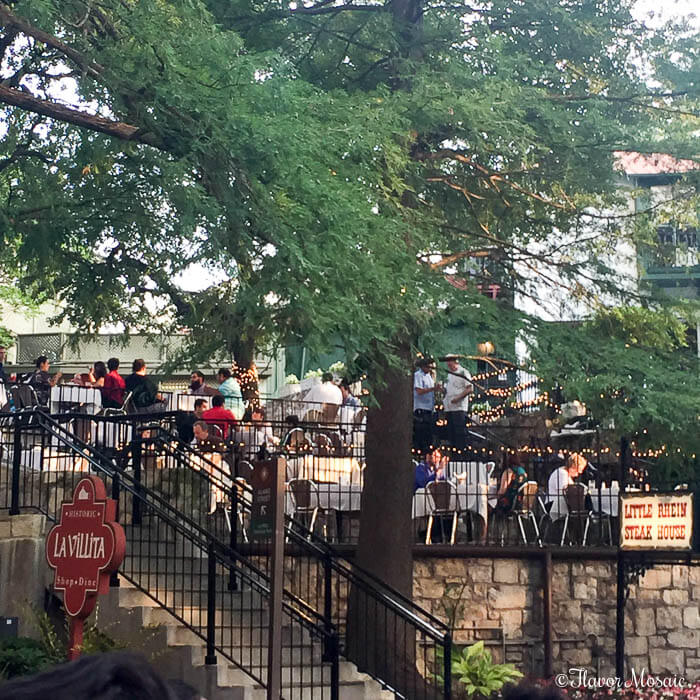 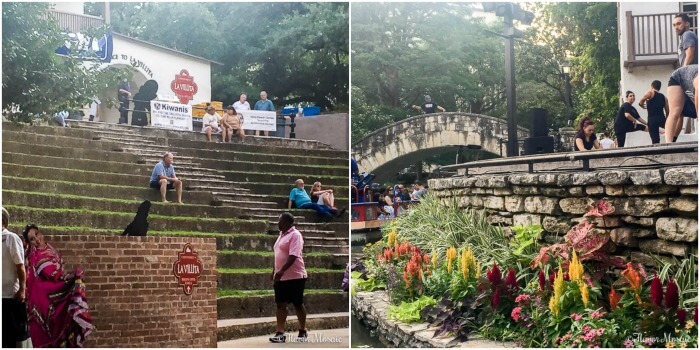 The other things you will notice about the Riverwalk are all the sidewalk cafes and restaurants all along the Riverwalk. Of course, there are lots of Mexican and Tex-Mex restaurants but there is everything from Italian, Argentian, Brazilian to Steakhouses.

One night for dinner, we stopped at Acenar Mexican Restaurant, which is located next to the Hotel Valencia Riverwalk. I am fairly picky about Mexican and Tex-Mex food and I really liked my Acenar Combo plate with cheese enchiladas and beef fajita meat with Pico de gallo and rice and beans. Sit out outside on the patio overlooking the Riverwalk. 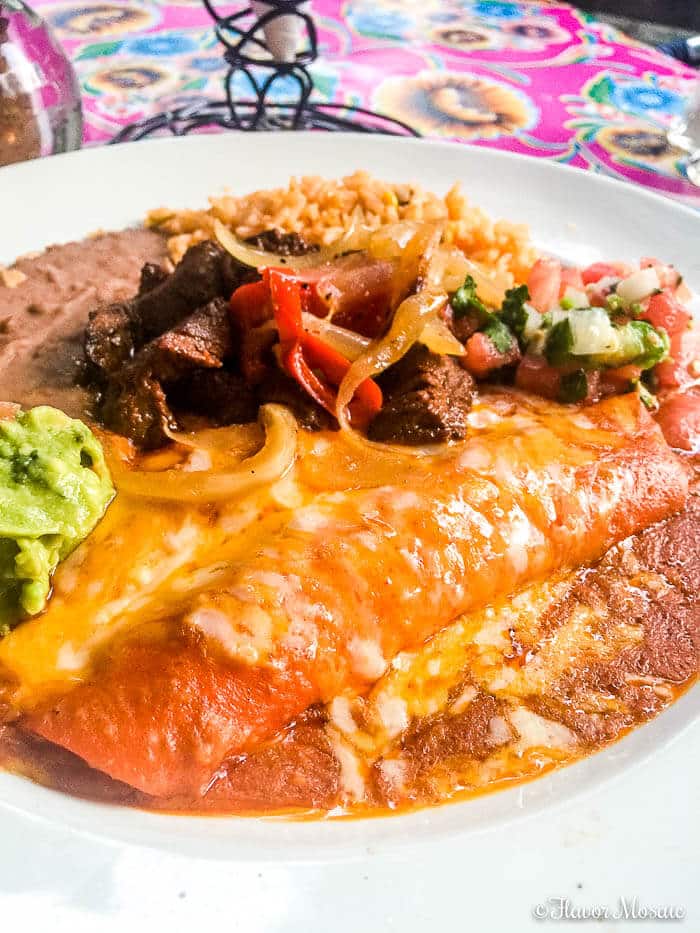 These Boots Were Made For Walking!

San Antonio is very walkable. I just walked down E. Houston Street and came to the Majestic Theatre! I love this theater because the theater itself inside is a work of art. You don’t see that level of detail and craftsmanship anymore. Secondly, I love seeing plays and Broadway Musicals. I will be returning here to check out the shows. 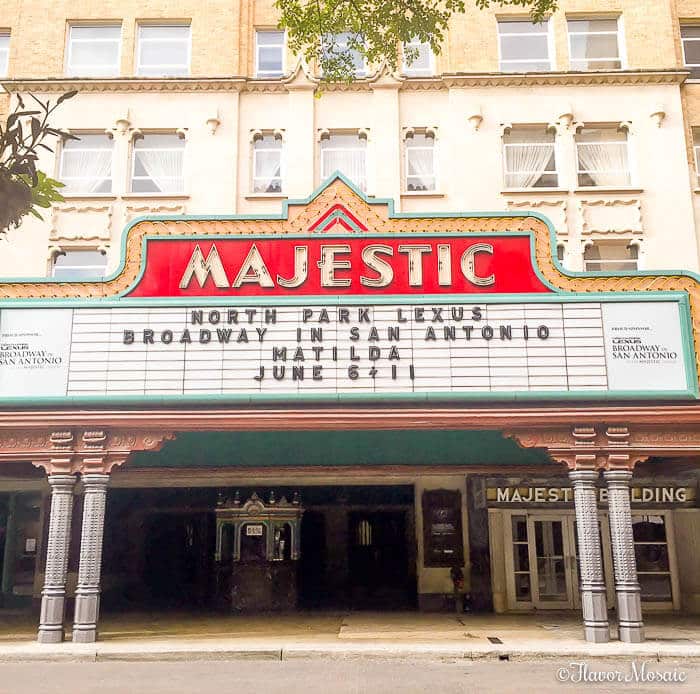 Walking down E. Houston a little further and you will come across the Buckhorn Saloon and Museum and The Texas Ranger Museum.  This is a fun museum to learn about the Texas Rangers. It also has some great food and drinks here. 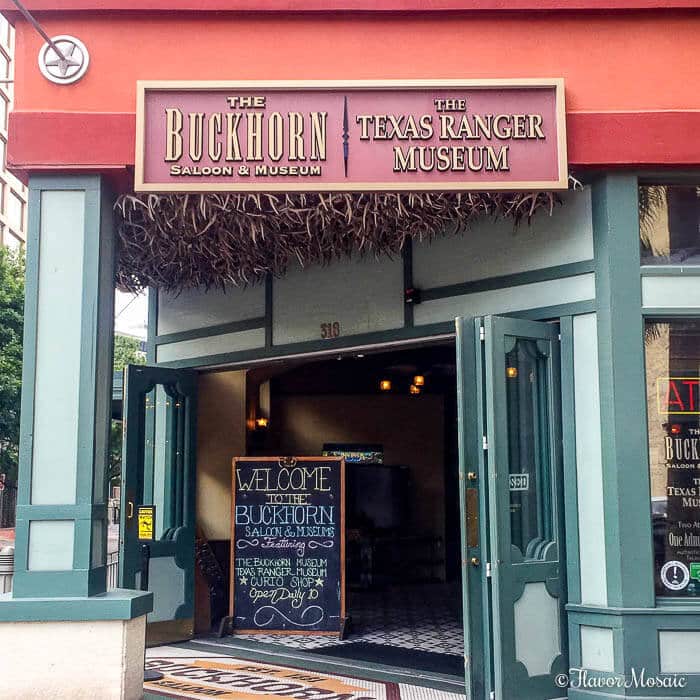 Be sure to check out their cafe and “saloon.” 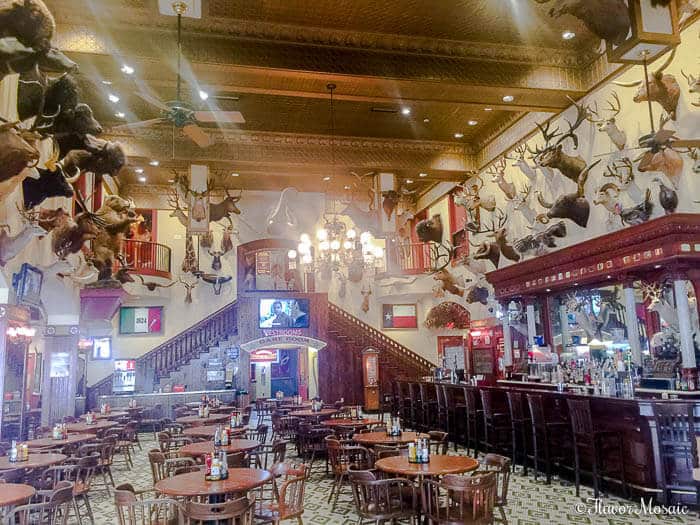 I’m in Love With My Car!

While there are so many things to do in Downtown San Antonio, you may never want to leave, but there are some pretty awesome things to see and do if you get in your car and drive a little. 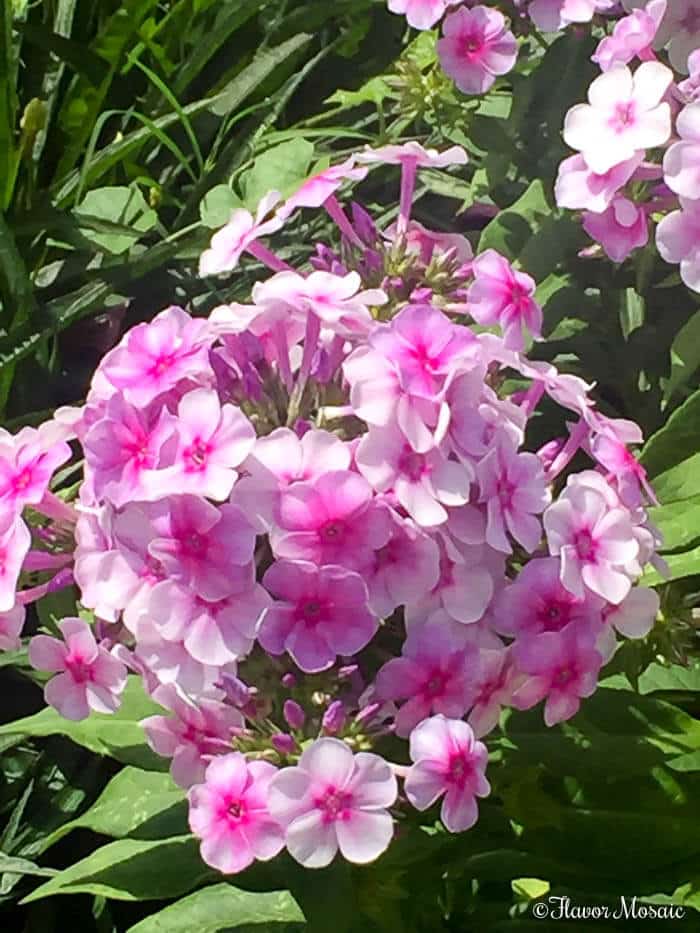 Seaworld! Is there any need to say more? You don’t have to go to Florida or California. You can see Shamu and all the other sea lions, otters, and penguins right here in San Antonio! With lots of shows, rides, and more, you can spend a whole day here. They now have the Aquatica Water Park to help families beat the heat. 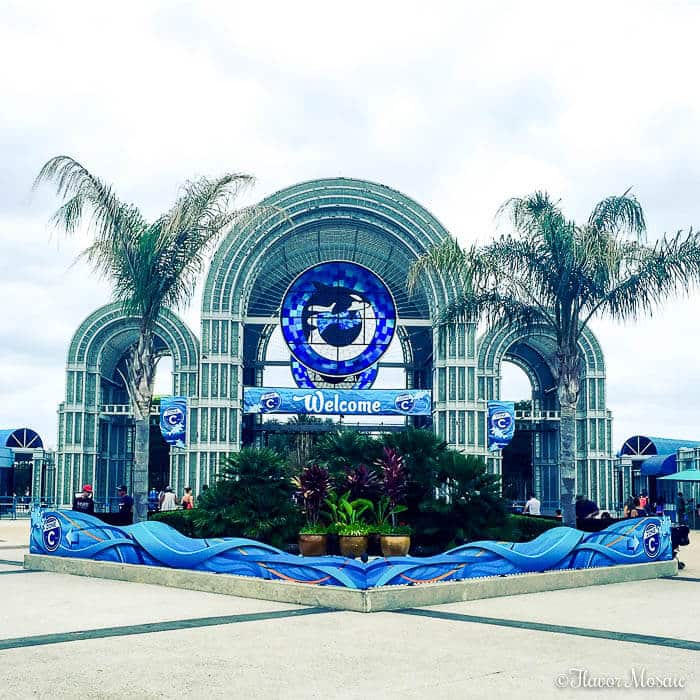 There’s Too Many Things I Haven’t Done Yet