This Sriracha Sour Cream Dip, by Gridiron Grub Guru, adds a kick to your chips for a game day tailgating or homegating party. 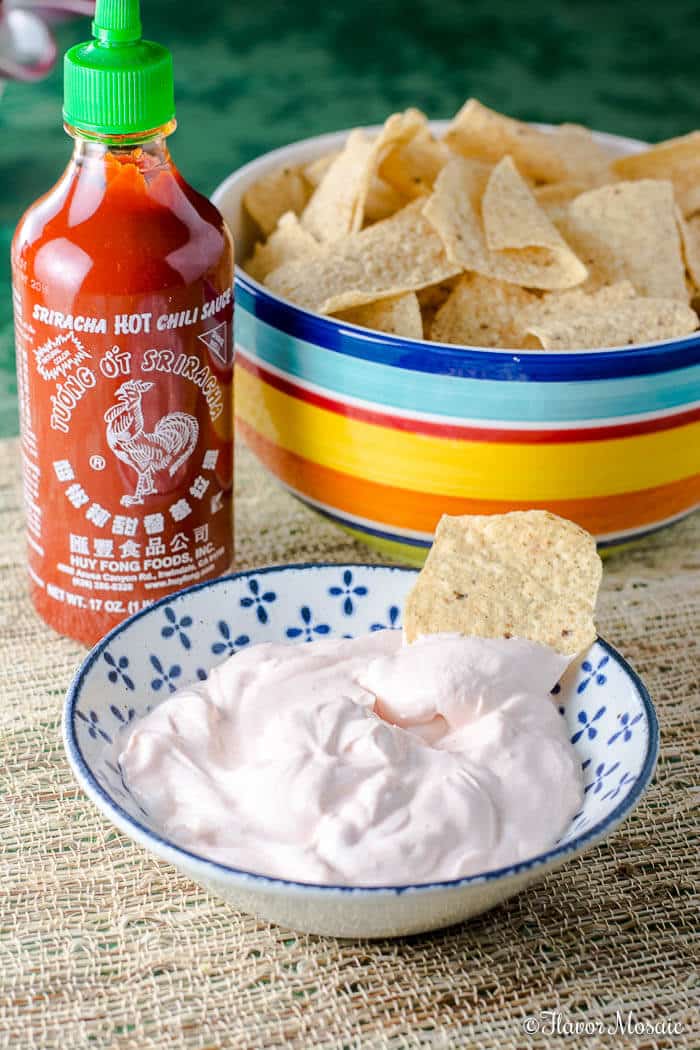 You are in for a treat. We are starting a new series at Flavor Mosaic. During football season, my other arguably better half, sometimes referred to as Mr. Flavor Mosaic, or hubs, is going to write a Game Day post each Friday that will include a quick and easy gridiron grub recipe. He is a self-proclaimed Gridiron Grub Guru, and will entertain you with football stats, stories, analysis and his favorite Gridiron grub. 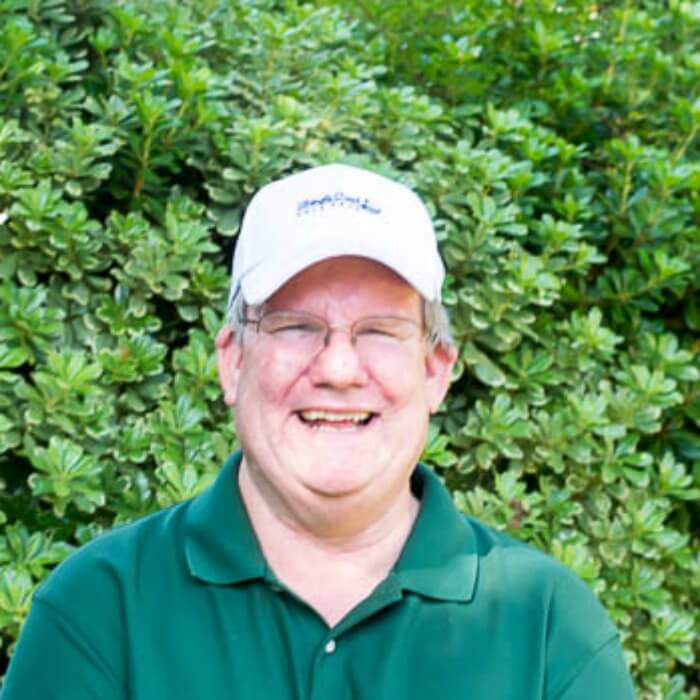 Take it away Gridiron Grub Guru!

Greetings from the gridiron, my friends! I’m  David, AKA the Gridiron Grub Guru. I have a passion for sports, especially football. I started following football when I was 7 years old in the small town of Stroud, OK, which was a renown high school powerhouse in Oklahoma at that time. My cousin was a referee for high school football games and often took me with him to the games. 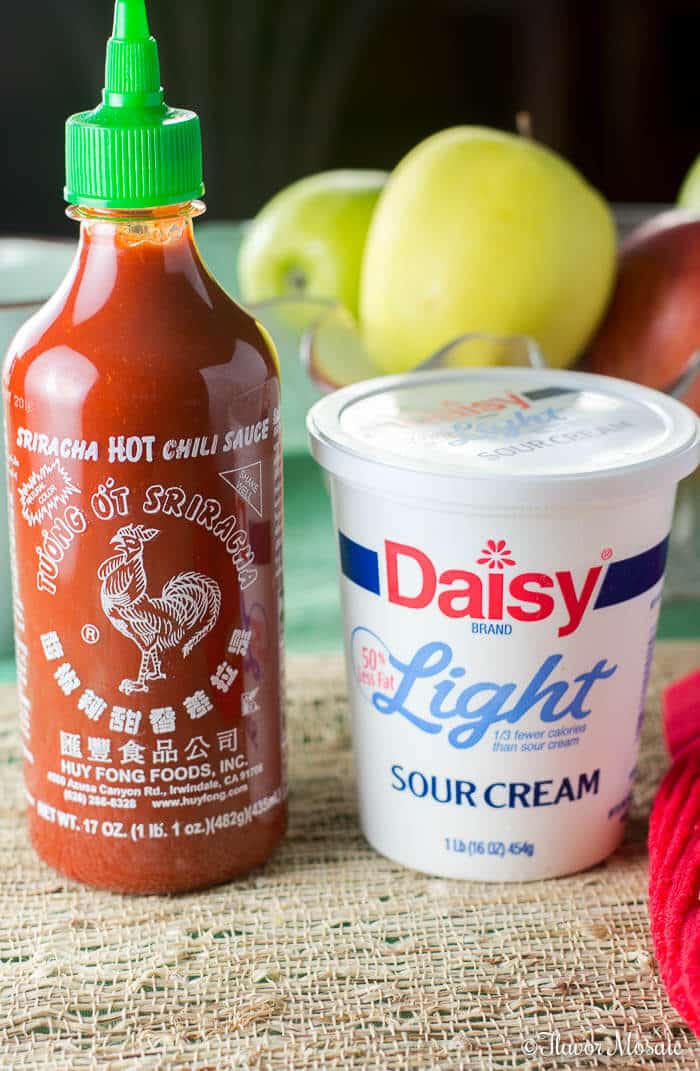 Typically on any given Friday night in the Fall, the town would be abuzz about the pending match up. Most of the businesses in town were members of the Boosters Club supporting the team. People would gather at Alred’s Cafe before the home game and make predictions. Of course, there was a large following for the out of town games as well.

My Uncle and Aunt were some of the biggest fans of the teams. They would sponsor the team by feeding them. That was quite a challenge. In those days the standard menu was sandwiches, fried chicken, chips, and various desserts.

At 7 years of age, I got to eat dinner with the high school football players, travel to and from the game with a my cousin, the referee, which gave us time to talk about the game, the players, and the rules and stats.

That, my friends, is how my love of football was born! 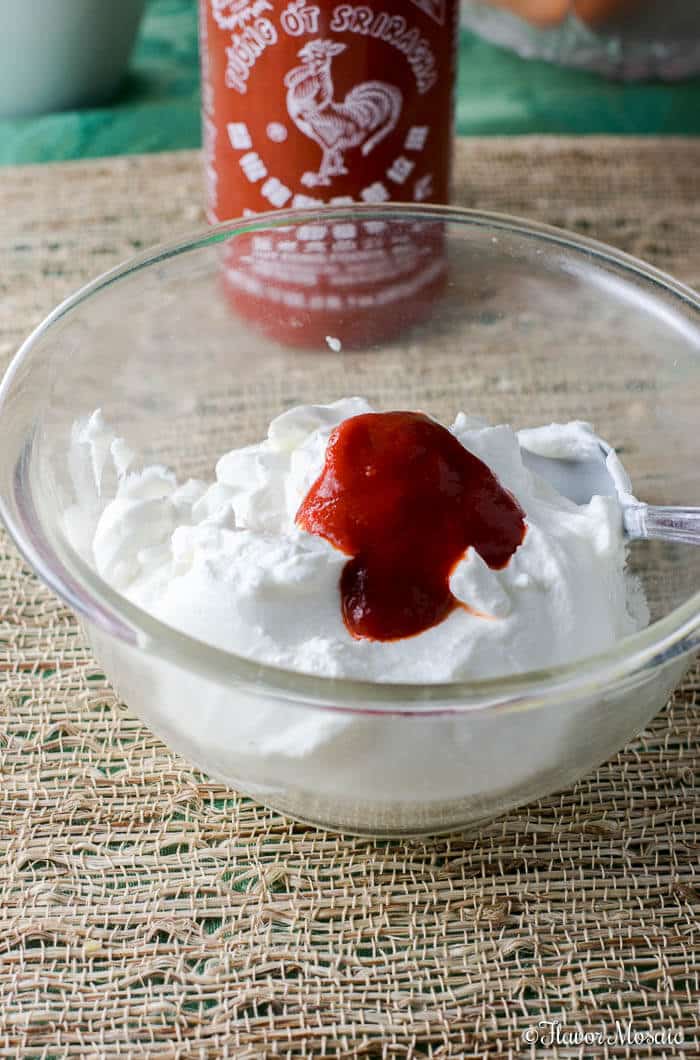 I can’t start talking about this weekend’s football without a quick review of last weekend’s gridiron battles. First, the Houston Texans took the wind out of the windy city by defeating the Chicago Bears 23 – 14. Chicago cooked their famous deep dish pizza and sent it to the Houston Mayor’s office to satisfy their wager. Both Houston Texans and Houston Astros beat their respective Chicago rivals last weekend.

Moving on to this weekend’s gridiron matchups it is hard to believe that it is already the third weekend of the college football season.

Conference play has started for many teams. One of the classic matchups is in the Southeastern Conference (SEC) with Texas A&M traveling to Auburn. A&M will be looking to revenge their 26-10 loss to Auburn last year in College Station.

Another great matchup this weekend is Florida State traveling to Louisville. Led by freshman quarterback, Lamar Jackson, an amazing talent, Louisville should give Florida State a tough game. It will be a great game to watch.

Until next week, enjoy this easy and awesome Sriracha Sour Cream Dip with some chips while you watch the games. 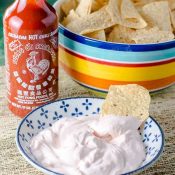