THIS POST FIRST APPEARED OVER AT REAL HOUSEMOMS WHERE I’M A CONTRIBUTOR.

These PEPPERONI PIZZA POTATO SKINS taste like pizza on a potato, and make a delicious, fun and kid-friendly appetizer for a party or for tailgating! 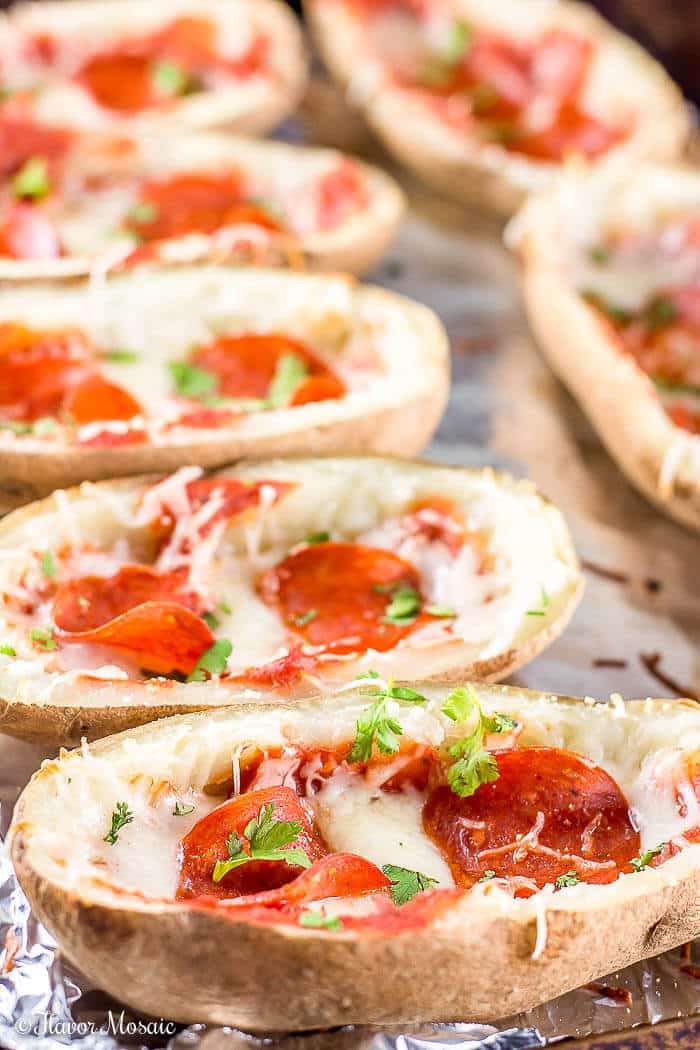 Who doesn’t love Pepperoni Pizza or Potato Skins? So I decided to combine these two wildly popular foods into one awesome appetizer that the whole family will love.

Unlike traditional pizza, this recipe has no flour or grains and no jarred sauce, only a really easy homemade pizza sauce that you could even make in advance. 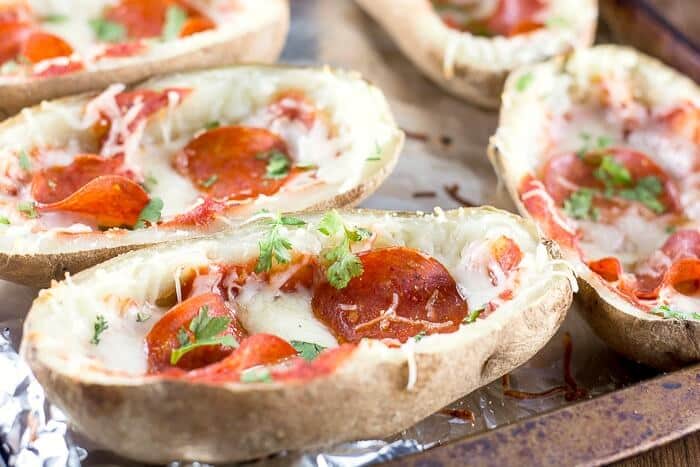 That is one of the things I enjoy about food blogging and recipe development is that there are no rules, and I can get as creative as I want. I try not to go too crazy with combining different foods because I want people to like it.

And when I can change up a recipe and make it a little healthier but still have it taste delicious, then that is even better. 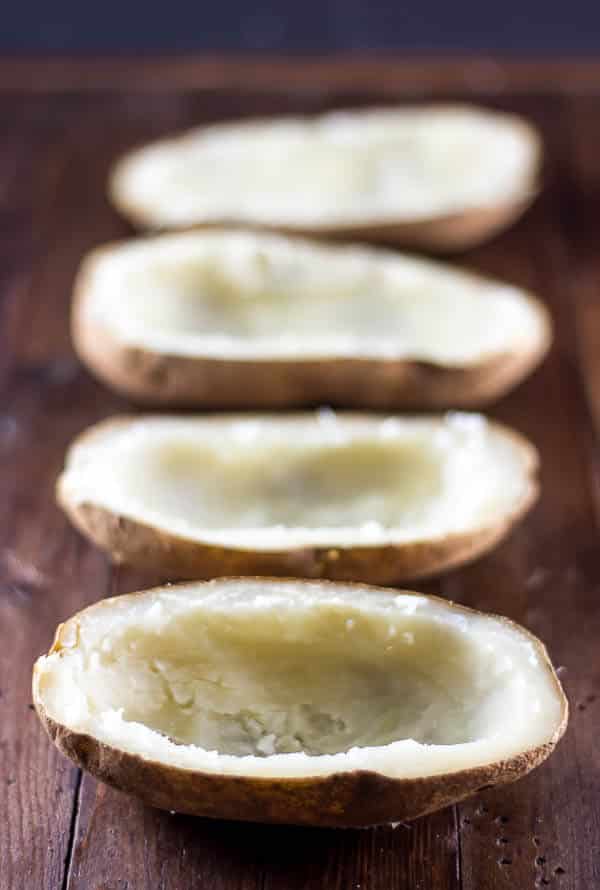 Mr. Flavor Mosaic is ecstatic that football season is starting. He asked me to create an appetizer for him and the guys for watching his college games.

I made it kid-friendly because after all aren’t they just big kids anyway, especially when it comes to watching football? 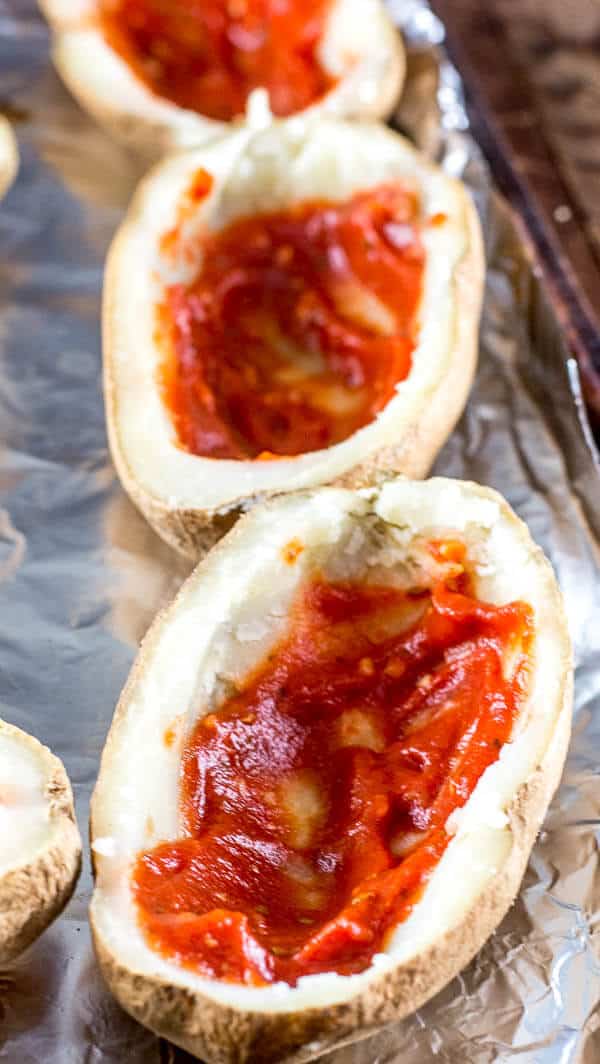 These Pepperoni Pizza Potato Skins are so easy to make. I recommend making the easy pizza sauce first, maybe even the day before, if you have time.

On the day you are ready to serve the potato skins, bake the potatoes like you normally do. Then let them cool long enough so you can easily handle them and slice them in half lengthwise.

Just scoop out the center of the potato and place it in a bowl so you can use it in another recipe later, like mashed potatoes. 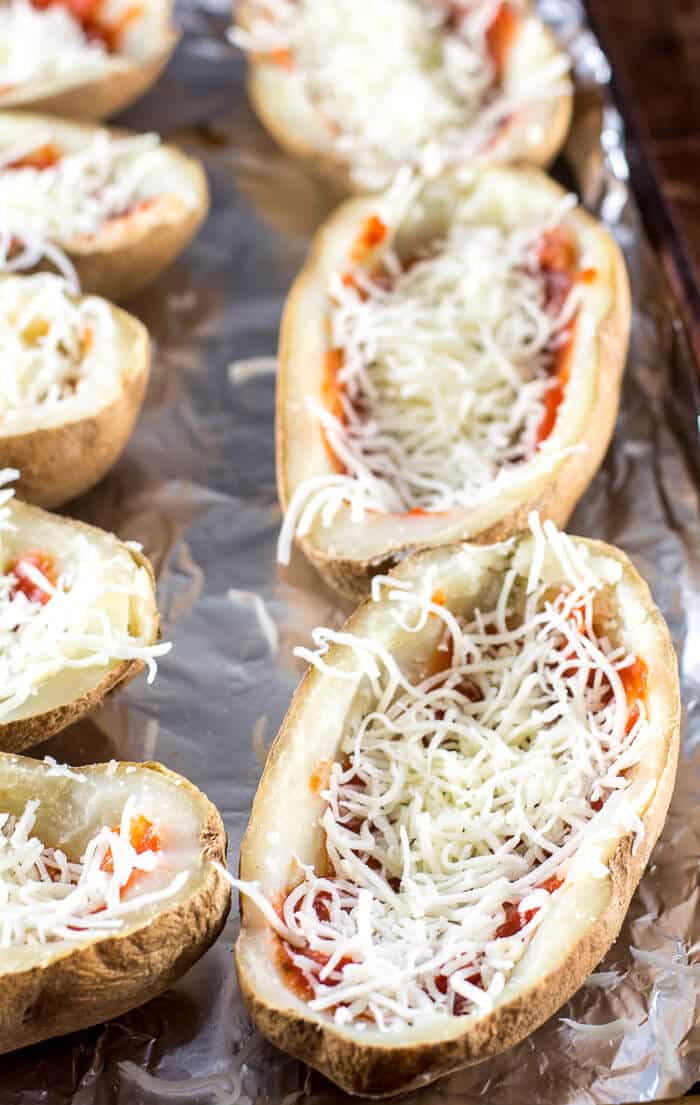 Spoon a couple of tablespoons of the pizza sauce into the Pepperoni Pizza Potato Skins and then add a generous amount of shredded mozzarella and parmesan cheese on top.

Then add two pepperoni slices (you could use turkey pepperoni if you like) on top of the cheese. 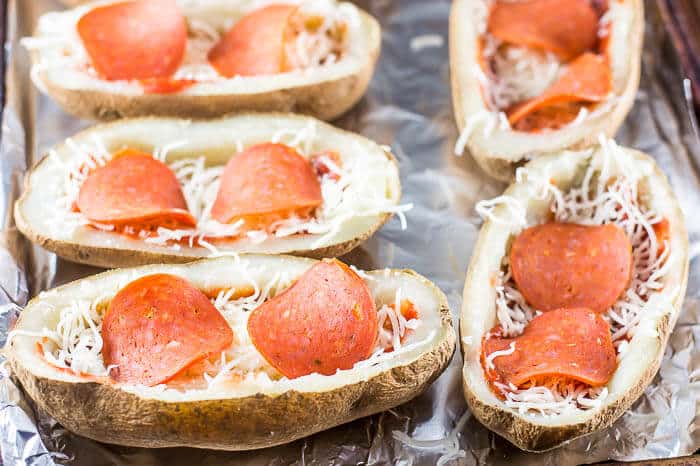 Then place these Pepperoni Pizza Potato Skins back on the baking sheet to bake for about 10 more minutes just until the potato skins are heated through and the cheese is melted.

Then I like to top them with chopped parsley or cilantro as a garnish. Chopped green onions would work as well. 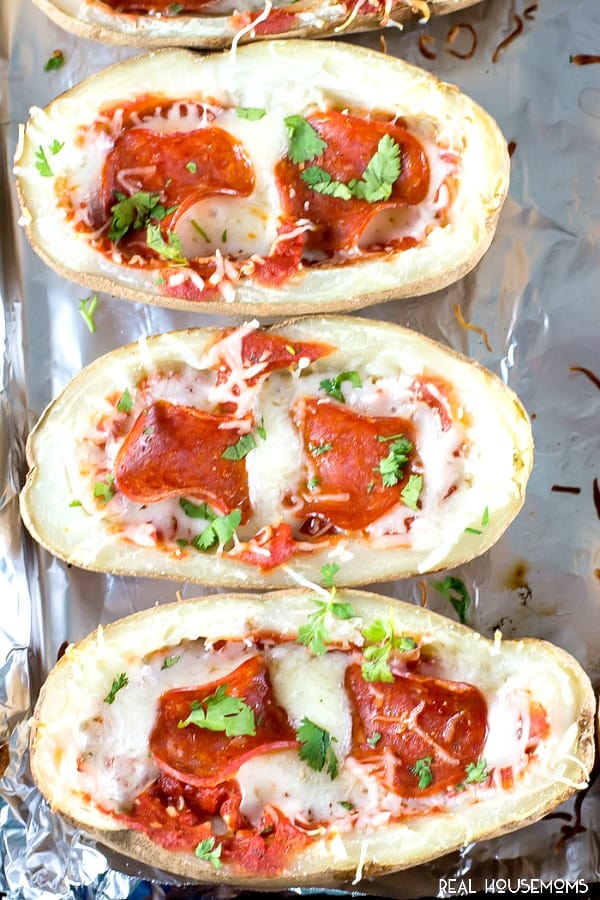 Once they are out of the oven, serve them hot and maybe start another batch of these Pepperoni Pizza Potato Skins because they will go fast.

Give these Pepperoni Pizza Potato Skins a try and come back and leave a comment to let me know how you like them! 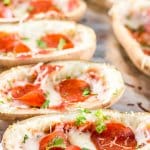