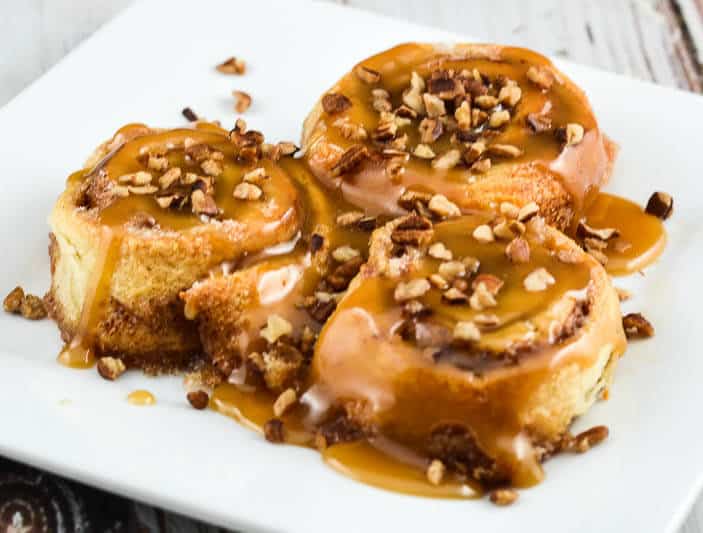 Caramel Pecan Cinnamon Crescent Rolls sound delicious, look delicious, and smell delicious while they are baking; and they ARE delicious.  Make plenty because there will be no leftovers of this decadent breakfast.

For me to make cinnamon rolls, they have to be super easy.  I consider myself more of a cooker rather than a baker.  If the recipe calls for yeast, I’m not baking it.  I want only quick and easy recipes.  I guess you could call me a lazy baker.  I’m pretty sure I’m not the only one that feels this way.

I decided I wanted cinnamon rolls but did not want to make the dough from scratch.  I had a can of Pillsbury Crescent Recipe Creations refrigerated seamless dough sheet in the refrigerator, and decided to use those to make cinnamon rolls.

Give these a try tomorrow morning and see if you agree that they are outrageously, over-the-top delicious! 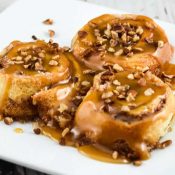