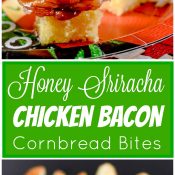 This is a sponsored post written by me on behalf of Tyson Foods, Inc. All opinions are entirely my own. #fanfoodleague

These Honey Sriracha Chicken Bacon Cornbread Bites and other appetizer snack hacks will get you ready for an awesome Homegating or tabletop tailgating party! 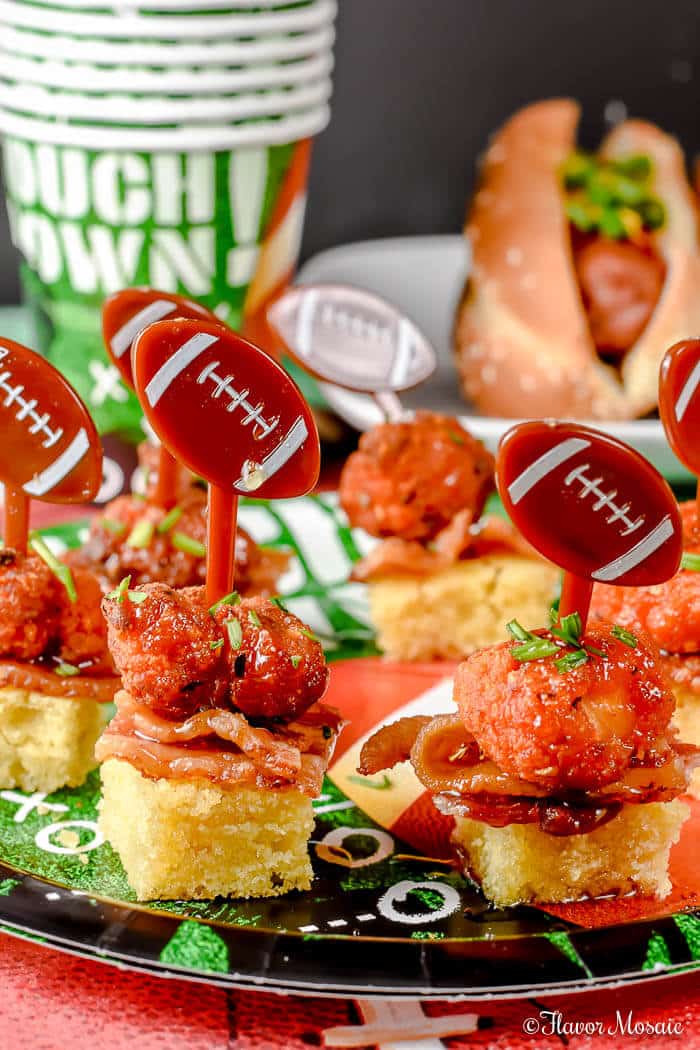 I love these Honey Sriracha Chicken Bacon Cornbread Bites because they are sweet, spicy, salty, and bacon-y (is that a word?) and absolutely out of this world delicious!

These little bites are packed with flavor thanks to Tyson® Any’tizers® Sriracha flavor! They make an awesome snack hack for a Homegating or tabletop tailgating party for the Big Game. In addition, I like the fact that they are made with 100% white meat chicken and are an excellent source of protein. 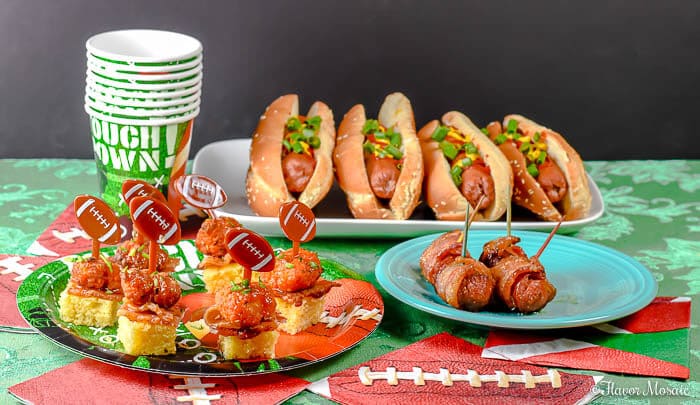 When Dave and I first started dating years ago, I saw my first true football fanatic. Oh, I grew up with my Dad and brother who were football fans, but they were nothing like Dave. For an entire weekend, Dave would be completely engrossed in whatever games were on TV.

He would tell me at the beginning of the week how many football games are on TV this week. “Michele, did you know there are 87 football games on this week?” If he had enough time and TV channels, he probably would have tried to watch all the games too! 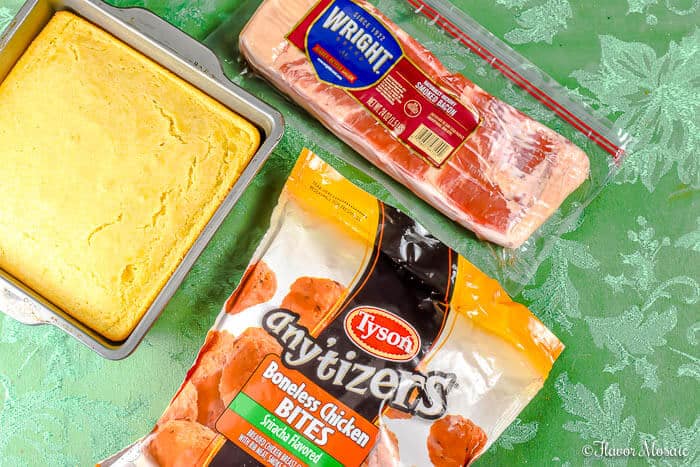 As the season goes on, if it is evident that his team will not be in the playoffs, he does not take football as seriously. By the time the Big Game gets here in February, he will be more mellowed out and can enjoy visiting with friends and family instead of telling us all to be quiet so he can watch the game. He even enjoys watching the commercials with us now.

Of course, to make the Big Game more enjoyable, we like to have a few friends over to watch it, which means we need to have some Game Day grub. 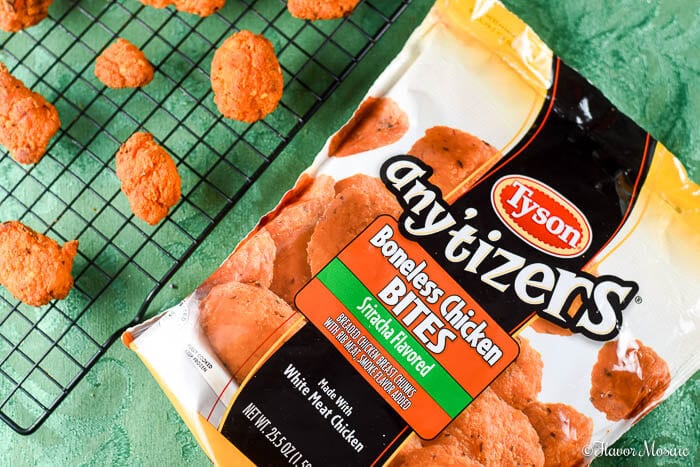 However, every year it seems I am working late and at the last minute have to run to the store to pick up food for the party. This year it will not be a problem because I will head to Kroger to purchase some fabulous snack hacks.

I will pick up some Wright® Brand Bacon, and Ball Park® Hot Dogs in the refrigerated section and then get the Tyson Any’tizers in the frozen section. 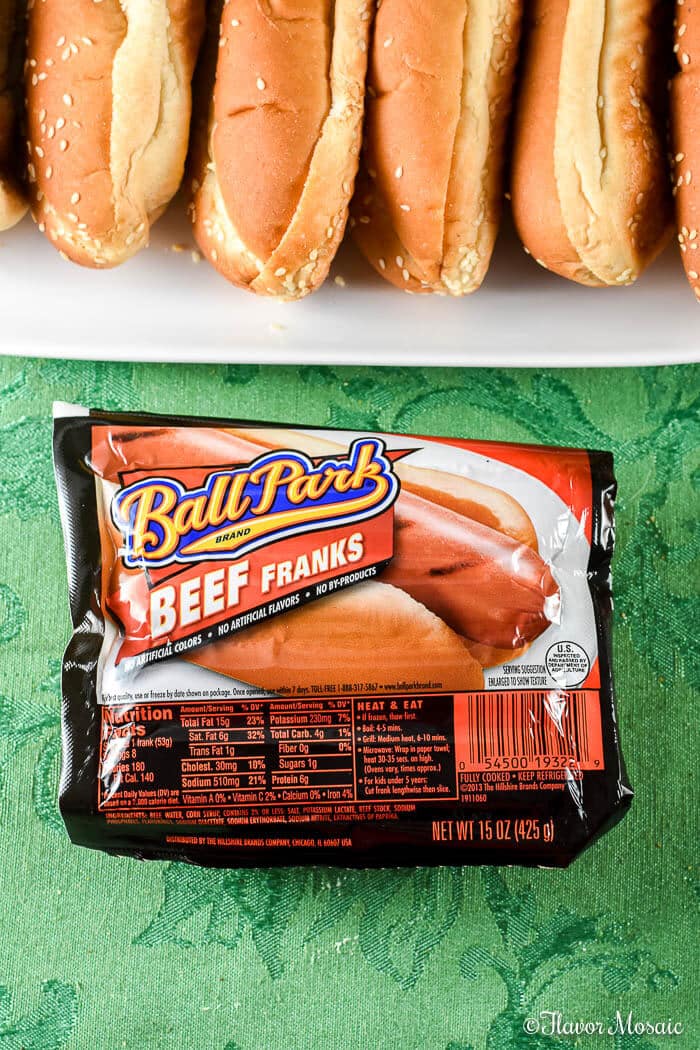 Hot dogs made with Ball Park hot dogs can be ready in 5 minutes, and who does not love hot dogs? A simple hack is to cut each hot dog in 3rds and wrap each in bacon and sprinkle with brown sugar to create little bacon wrapped hot dog bites!

My favorite snack hack uses the Tyson Any’tizers. I love their Sriracha flavor. All I did was to heat the Tyson®Any’tizers as directed. 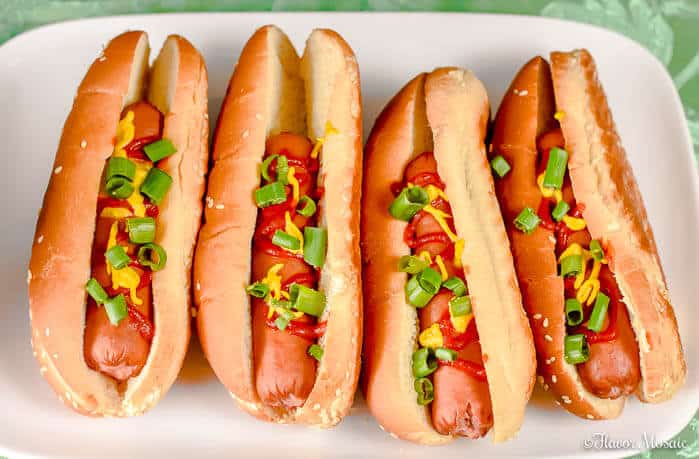 I then cut some cornbread into small squares, topped them with small slices of bacon, and then put them on the Sriracha flavored Tyson Any’tizers.

The piece de resistance was to drizzle honey over the top! The combination of honey and Sriracha chicken and bacon is fabulous! Add the cornbread, and that just takes it over the top! These will be true crowd pleasers! 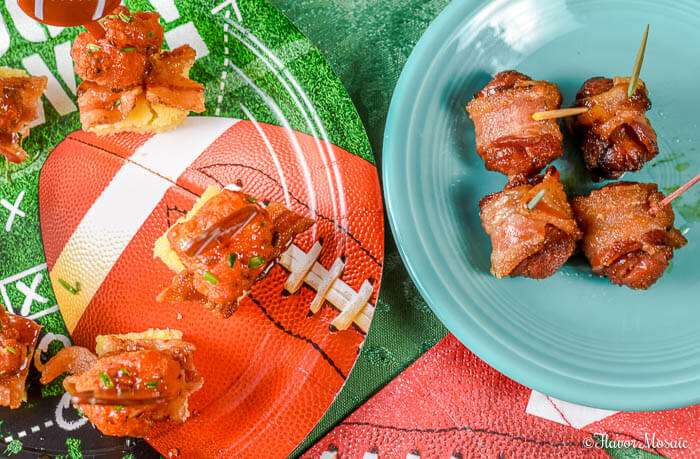 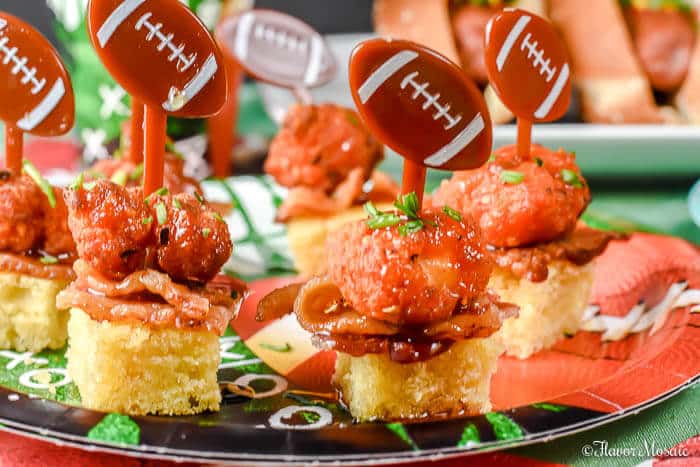 Before the Big Game, be sure to head to Kroger to pick up the Tyson Any’tizers, Wright Brand Bacon, and Ball Park hot dogs to create the perfect snack hacks for your Homegating. 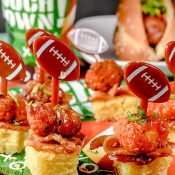