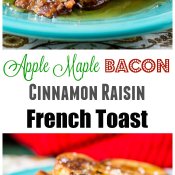 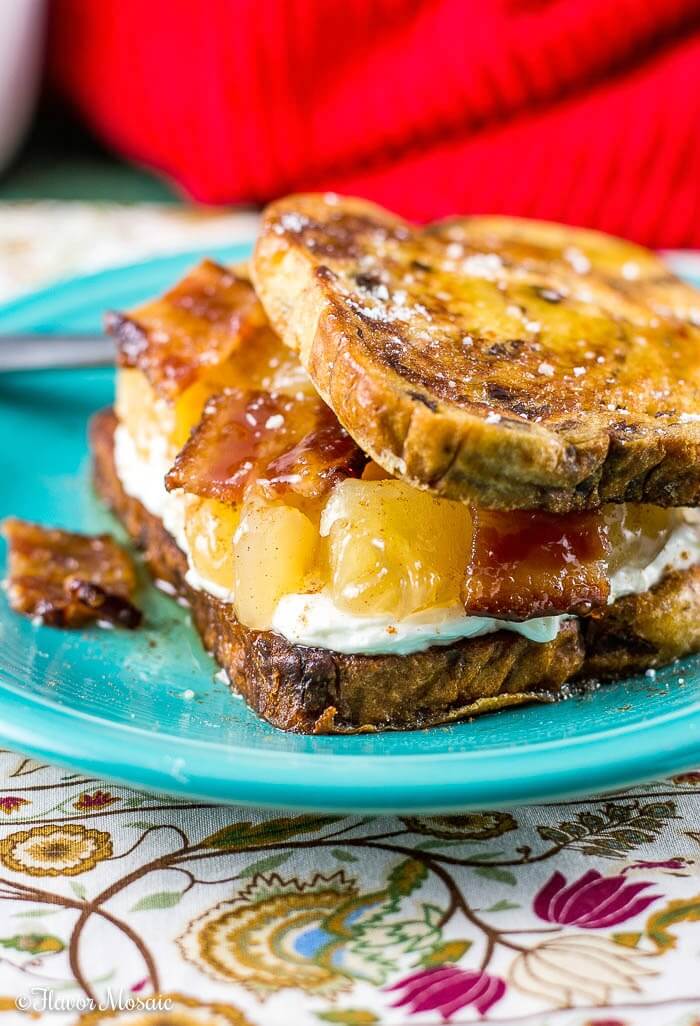 I want to thank Martin’s Famous Potato Rolls and Bread for sponsoring this post. As always, all opinions are 100% my own.

Be sure to scroll down to the end for the recipe!

We celebrated my sister’s birthday this past weekend. She and her husband love aviation and flying airplanes. So we went to see the movie about the famous pilot who landed the jet in the Hudson River a few years ago. We all really enjoyed that, and then all of us went out to dinner. 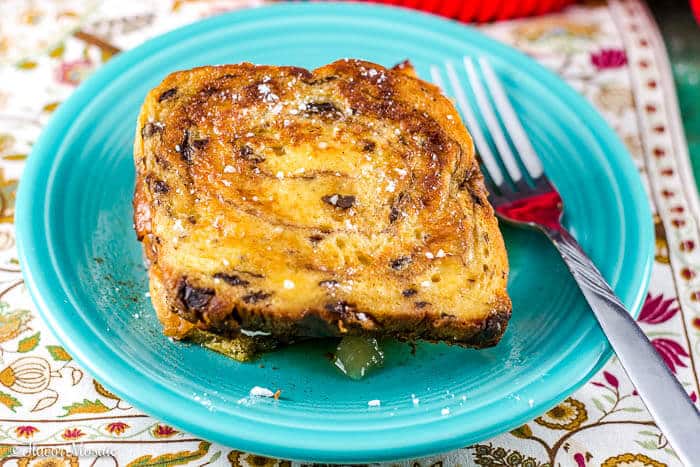 While at dinner I told her in honor of her birthday I would make her a special recipe for a birthday brunch. I think it made her a little nervous.

You see she and I have very different tastes when it comes to food. I love spicy foods with lots of flavors, and she loves food with little or no spice, and no heat. It is hard to believe we grew up in the same family if you were to just look at our food preferences. However, I knew what to make for her for brunch because I knew she loved sweets.

For her breakfast brunch, I made this Apple Maple Bacon Stuffed Cinnamon Raisin French Toast. I knew she would love it because it is sweet with the Martin’s Cinnamon Raisin Swirl Potato Bread, cream cheese and apples, yet a little salty and sweet with the maple bacon. It also contains a variety of textures with the French Toast that is crisp on the outside and soft on the inside and the crisp bacon and the creamy cream cheese. It is an explosion of flavors and textures.

When she and her husband arrived for brunch, I kind of held my breath to see what she thought. The verdict? It was two thumbs up from both her and her husband. 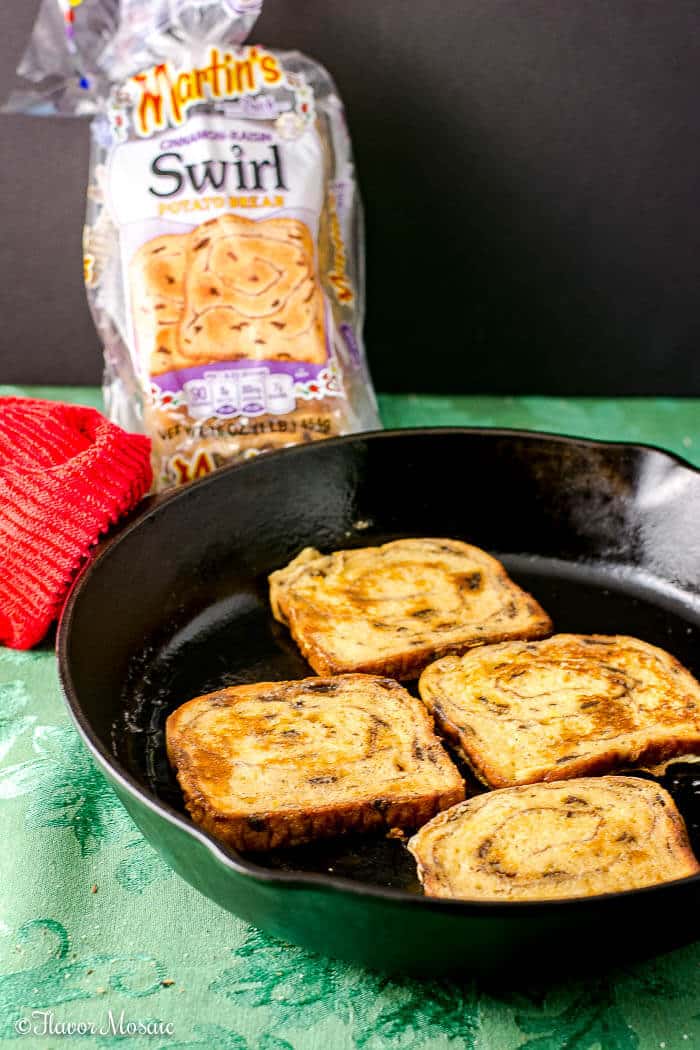 This breakfast dish definitely has a lot going on. However, the main reason it is special is that it uses Martin’s Cinnamon Raisin Swirl Potato Bread. For starters, who doesn’t love that cinnamon aroma? In addition, even right out of the package, it is soft with moist, plump raisins. I had to stop myself from eating the bread so I could start cooking.

It cooked up perfectly for the French toast. It was golden with plump raisins and you could smell the cinnamon while it cooked. While I was making the French toast, I could not wait to finish because it smelled so good. 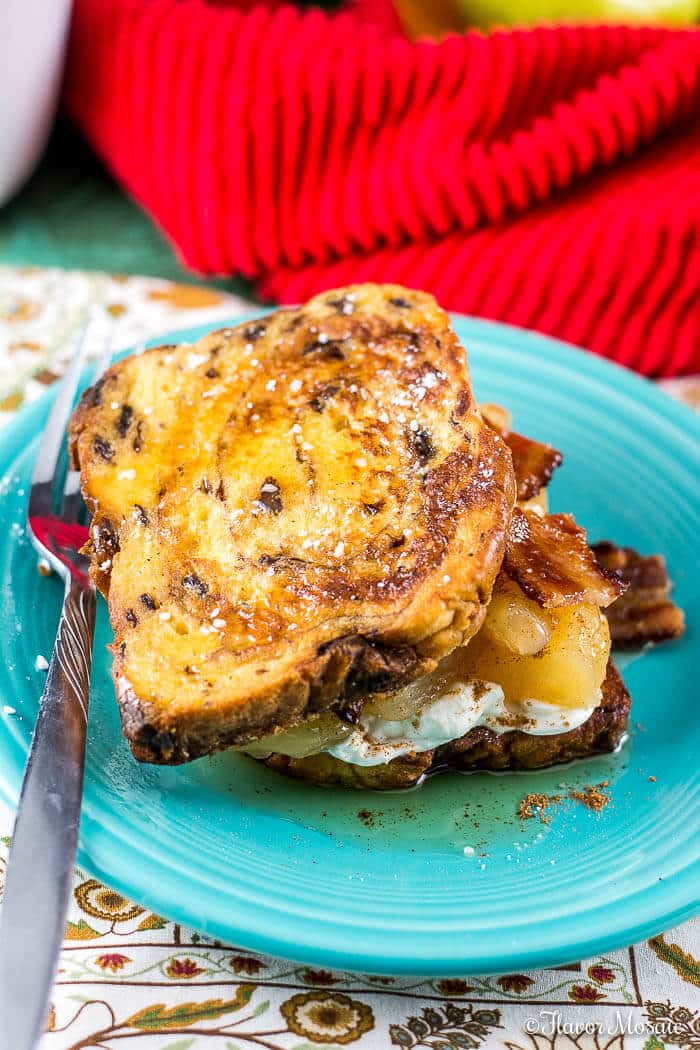 I love using quality ingredients in my recipes that I can feel good about serving to my family. That is another reason I love Martin’s Cinnamon Raisin Swirl Potato Bread. It has no High Fructose Corn Syrup, no artificial dyes, no trans fats, no cholesterol, and it is non-GMO. 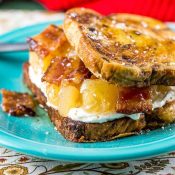 Print Pin Save Saved!
5 from 2 votes